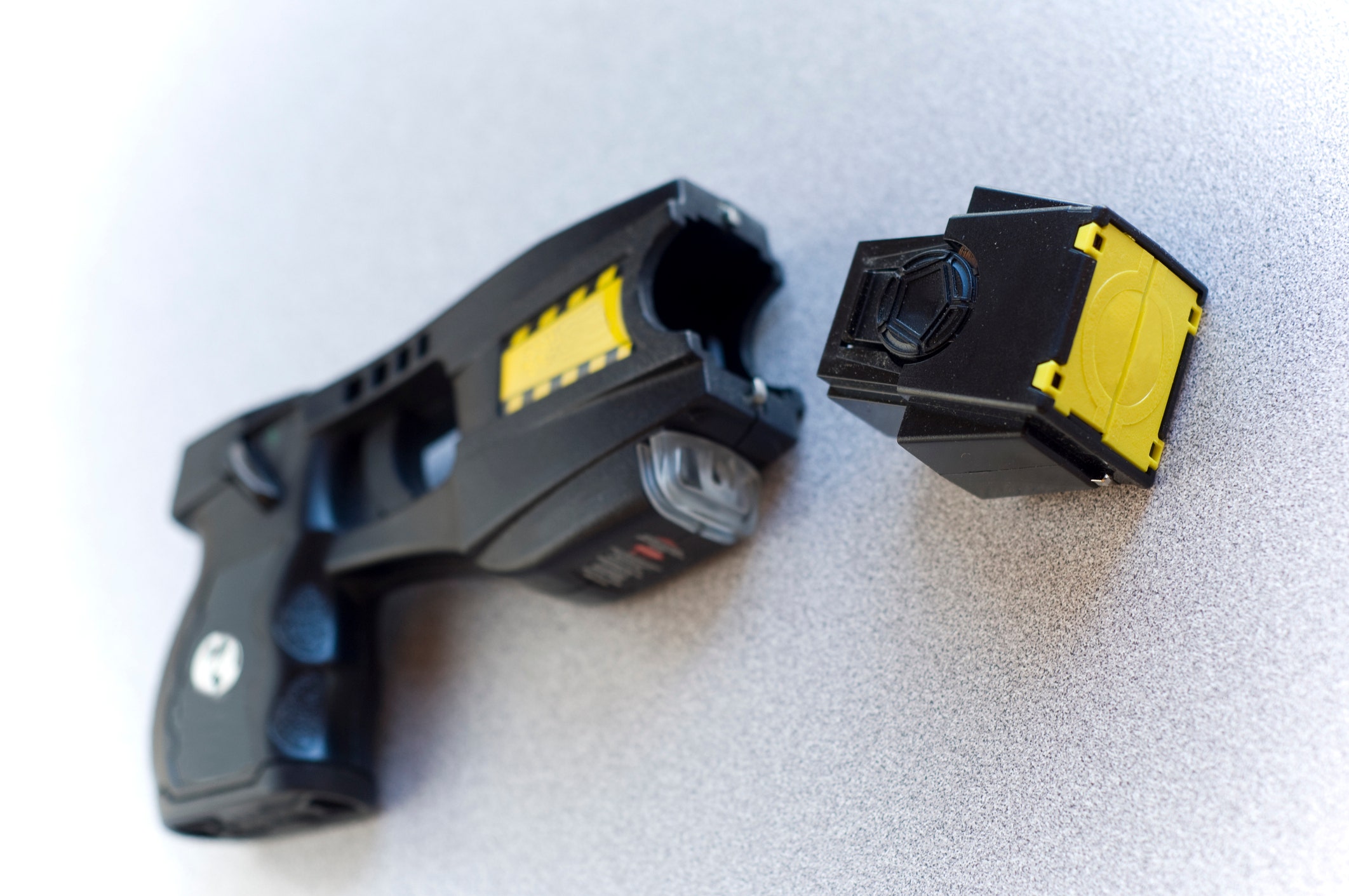 Two Oklahoma police officers were arrested on second-degree murder charges Wednesday for the 2019 death of a 28-year-old man who was allegedly tased over 50 times.

The officers, from the Wilson Police Department, were responding to a disorderly conduct situation when the incident occurred, The Daily Ardmoreite reported.

Carter County Court records show that Jared Lakey died on the morning of July 6, 2019 — two days after he was allegedly tased more than 50 times by officers Joshua Taylor, 25, and Brandon Dingman, 34.

The documents also show Lakey’s cause of death to have been “complications of myocardial infarction (clinical) in the setting of cardiomegaly and critical coronary atherosclerosis and law enforcement use of electrical weapon and restraint.”

Taylor and Dingman got to the scene around midnight on July 4, 2019. Investigators said Lakey would not cooperate peacefully with commands from the officers, so they began using their tasers, according to Oklahoma’s News 4.

A Carter County deputy reportedly joined Taylor and Dingman to help get Lakey into custody. Soon after, he stopped breathing and became unresponsive.

The Oklahoma State Bureau of Investigation was brought in to probe the incident and arrest warrants were ultimately issues for Dingman and Taylor.

The Bureau said the officers were responding to reports of Lakey “running naked down a street in Wilson and screaming.” Investigators also reviewed dashcam and bodycam footage of the event.

“The footage reveals numerous instances of both officers using their X26P tasers to send electrical shocks through (the victim’s) body in an apparent attempt to persuade him to put his hands behind his back as he lay on the ground,” the investigating agent stated in an affidavit. “(The victim) is tased numerous times while merely lying naked in the ditch, presumably for not rolling onto his stomach and complying with the officers’ commands to ‘Put your hands behind your back’.”

Wilson Mayor Frank Schaff said on Wednesday that the investigation is still ongoing. He gave no further comment, according to The Daily Ardmoreite.