Leslie Neal-Boylan, the dean of the nursing school at the University of Massachusetts-Lowell, was allegedly fired after she received backlash from a student about an email to the campus community saying “EVERYONE’S LIFE MATTERS.”

Neal-Boylan, who held her position with the school for 10 months before being dismissed on June 19, wrote an email to the nursing school community addressing the ongoing protests across the country against police brutality and racial inequality following the death of George Floyd in Minneapolis. 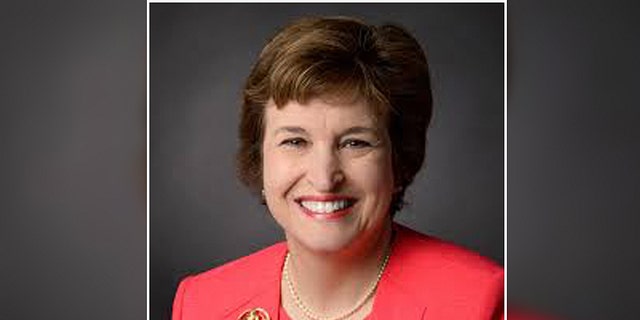 Leslie Neal-Boylan, the dean of the nursing school at the University of Massachusetts-Lowell was fired after sending an email to the campus community saying “EVERYONE’S LIFE MATTERS.”

“I am writing to express my concern and condemnation of the recent (and past) acts of violence against people of color,” the email provided to Campus Reform, dated June 2, said.

“Recent events recall a tragic history of racism and bias that continue to thrive in this country. I despair for our future as a nation if we do not stand up against violence against anyone. BLACK LIVES MATTER, but also, EVERYONE’S LIFE MATTERS.”

“No one should have to live in fear that they will be targeted for how they look or what they believe,” the email continues, urging the nursing school students to “care for everyone regardless of race, creed, color, religion, ethnicity, ability or gender preference.”

A nursing student took issue with the dean’s choice of words and posted the email on Twitter saying, “including the statement ‘all lives matter’ was uncalled for and shows the narrow minded people in lead positions.”

The university responded to the student on Twitter and said “Thank you for bringing this to our attention. The university hears you and we believe black lives matter,” redirecting her to a statement by the chancellor of the university addressing the Black Lives Matter movement.

After her termination, Neal-Boylan reached out to UML Chancellor Jacqueline Moloney, Provost Joseph Hartman and Provost Julie Nash, accusing the university of using her email regarding Black Lives Matter as an excuse to fire her. She said she had spoken up about other, unrelated school issues in the past, according to emails reviewed by Campus Reform.

Her firing was “attributable to one phrase in my initial email that otherwise was very clearly a message to NOT discriminate against anyone,” Neal-Boylan said.

“To those students who were upset regarding my email, wouldn’t it have been better to use that as a teachable opportunity to explain that leaders also make mistakes and use this as an example of why lifelong learning is so important?” Neal-Boylan wrote.

The dean added that she would not be pursuing legal action against the school because “I know this would fuel the conservative opposition to the BLM movement and that would be anathema to me.”

A spokesperson for the University of Massachusetts-Lowell told Fox News that the decision to fire Neal-Boylan “was made in the best interests of the university and its students.”

“Although we are not able to discuss specifics of a personnel matter, it would be incorrect to assume any statement by Dr. Neal-Boylan was the cause of that decision,” the spokesperson added.