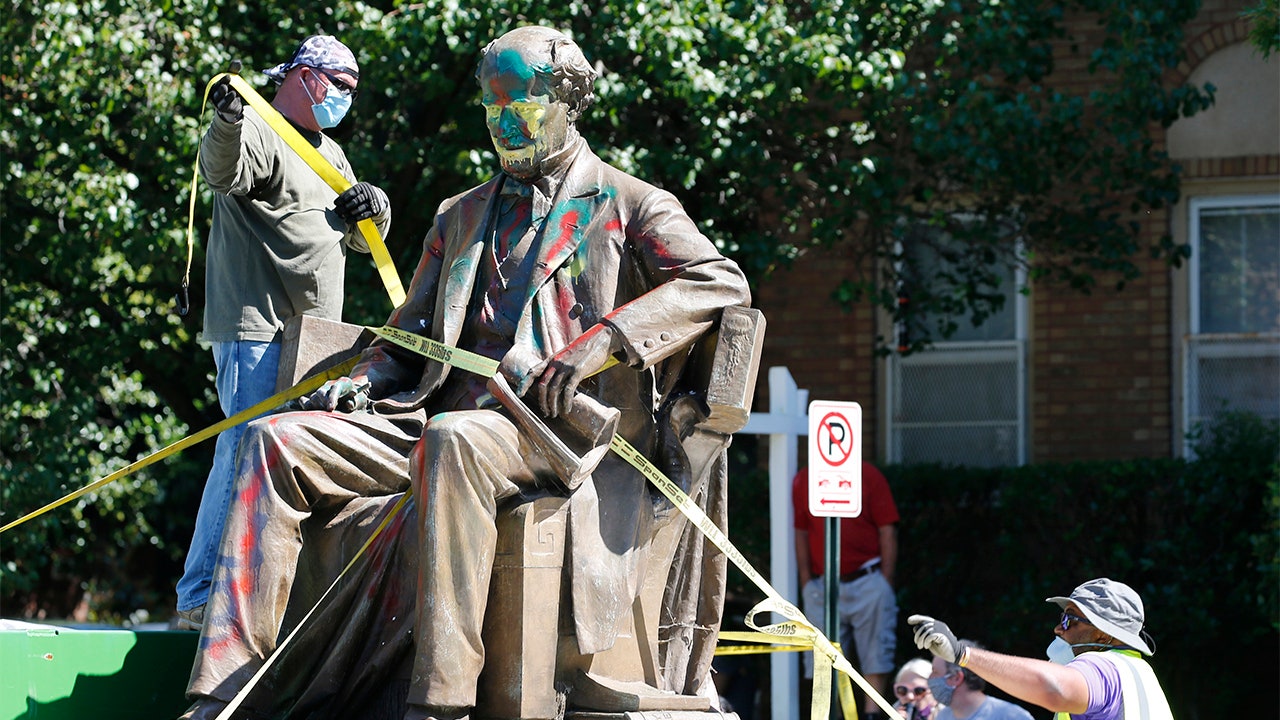 The monument of Navy officer and scientist, Matthew Fontaine Maury, was pulled down by a crane as onlookers appalled.

Maury’s monument was originally erected in 1929 on Richmond’s Monument Ave. He was an expert in naval meteorology and navigation and in charge of the coastal and river defenses for the Confederate Army during the Civil War.

Stoney ordered the removal of all Confederate statues Wednesday after a new state law granted cities and counties control over their monuments. He further surpassed the need for a vote by enacting emergency powers, which he was able to do as Gov. Ralph Northam has placed Virginia under a state of emergency.

“I have the ability to do this through my emergency powers,” Stoney said Wednesday. “I think we need to act today.”

Stoney also said that the statues needed to come down as a matter of public safety, noting the statues that demonstrators have already pulled down by force, and the continuous threat of the coronavirus.

“Failing to remove the statues now poses a severe, immediate and growing threat to public safety,” Stoney said in a statement. “As the COVID-19 pandemic continues to surge, and protesters attempt to take down Confederate statues themselves or confront others who are also doing so, the risk grows for serious illness, injury, or death.”

The Democratic mayor ordered the removal of 11 statues following more than a month of protests against systematic racism in the U.S. after the death of George Floyd, who died in police custody on May 25.

Northam ordered the removal of Confederate Gen. Robert E. Lee located on state land in Richmond. The order has been blocked by a lawsuit and is being challenged in court.

Virginia Republicans have criticized Stoney and Northam’s calls to remove Confederate statues, but no lawsuits have been announced against Stoney’s most recent statue removals.