A Texas soldier missing since April was killed by another soldier on the same military installation where they served, the lawyer for her family said Thursday.

Spc. Vanessa Guillen was killed April 22, the day of her disappearance, by Spc. Aaron David Robinson inside an armory room where she was working on Fort Hood in Killeen, Texas, attorney Natalie Khawam said during a news briefing.

Khawam said she met with officials with the Army Criminal Investigation Command who provided her with the information, the Army Times reported.

Guillen’s car keys, barracks room key, identification card and wallet were found in the armory room, according to investigators. Officials said the 20-year-old was last seen in the parking lot wearing a black T-shirt and “purple fitness-type pants.” 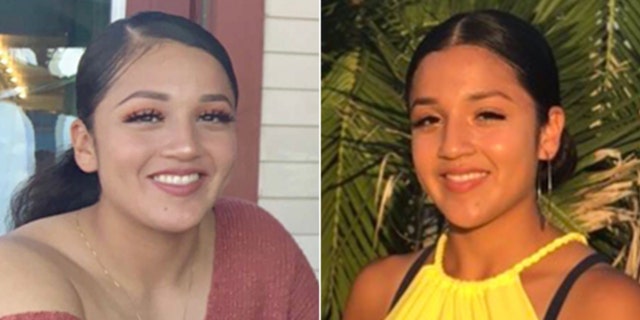 An attorney for the family of Army Spc. Vanessa Guillen, a 20-year-old soldier stationed at Fort Hood, Texas, said Thursday she was killed by another soldier inside an armory room where she worked in April. (Fort Hood Press Center)

Both Guillen, who entered the Army in 2018 as a small arms repairer, and Robinson, also 20, were assigned to the 3rd Cavalry Regiment’s engineer squadron but were on different troops.

Guillen, who was promoted from private first class to specialist on Wednesday due to her time in service, was allegedly attacked with a hammer and dismembered with a machete.

“At first they tried to set her on fire, but she wouldn’t burn,” she told the Times. “Then they dismembered this beautiful U.S. soldier’s body with a machete.”

Robinson, from Illinois, entered the Army in October 2017. He fled Fort Hood late Tuesday and fatally shot himself Wednesday morning as authorities closed in on him, Killeen police said. The woman identified as Robinson’s girlfriend was booked into the Bell County jail for an unknown offense, the Times reported.

Cecily Anne Aguilar, 22, of Killeen, was arrested Wednesday and charged with second-degree felony tampering/fabricating physical evidence with intent to impair a human corpse, according to KTBC-TV in Austin. She also faces a federal conspiracy to tamper with evidence charge.

Guillen’s sister, Mayra, said Wednesday that she recognized Robinson from meeting him in the past.

“I met him not knowing that he had something to do with it,” Mayra Guillen said, according to KTRK. “I felt something was telling me that he did something and I wasn’t wrong, apparently. He still had the nerve that day to laugh in my face. And apparently now, he kills himself. Why? I don’t know. But whoever is responsible has to pay and we demand a Congressional investigation.”

Partial human remains suspected to be Guillen were found Tuesday near the Leon River, about 26 miles east of the base. A medical examiner in Dallas still was working to identify the remains.

Tim Miller, of Texas Equusearch, who was assisting in the search for Guillen, told KHOU Thursday that investigators found a lid last week that belonged to a container consistent with one a witness saw loaded into a car at 8:30 the night Guillen disappeared.

Base officials said two parallel investigations are being conducted: one into Guillen’s death and another related to sexual harassment claims made by her family.

“She was afraid to [report it] because the sexual harassment was coming from her superiors, so her concern was the retaliation, being blackballed,” Khawam said during the press conference. “We believe the person that killed her is that person that sexually harassed her.”

Army CID Senior Special Agent Damon Phelps said no evidence has yet been found to substantiate the claims.

“We have made significant progress in this tragic situation and are doing everything possible to get to the truth and bring answers to the family of Pfc. Vanessa Guillen,” CID spokesman Chris Grey said.