How Fourth of July in 2020 will be unlike any other: no beach, no booze, no BBQ 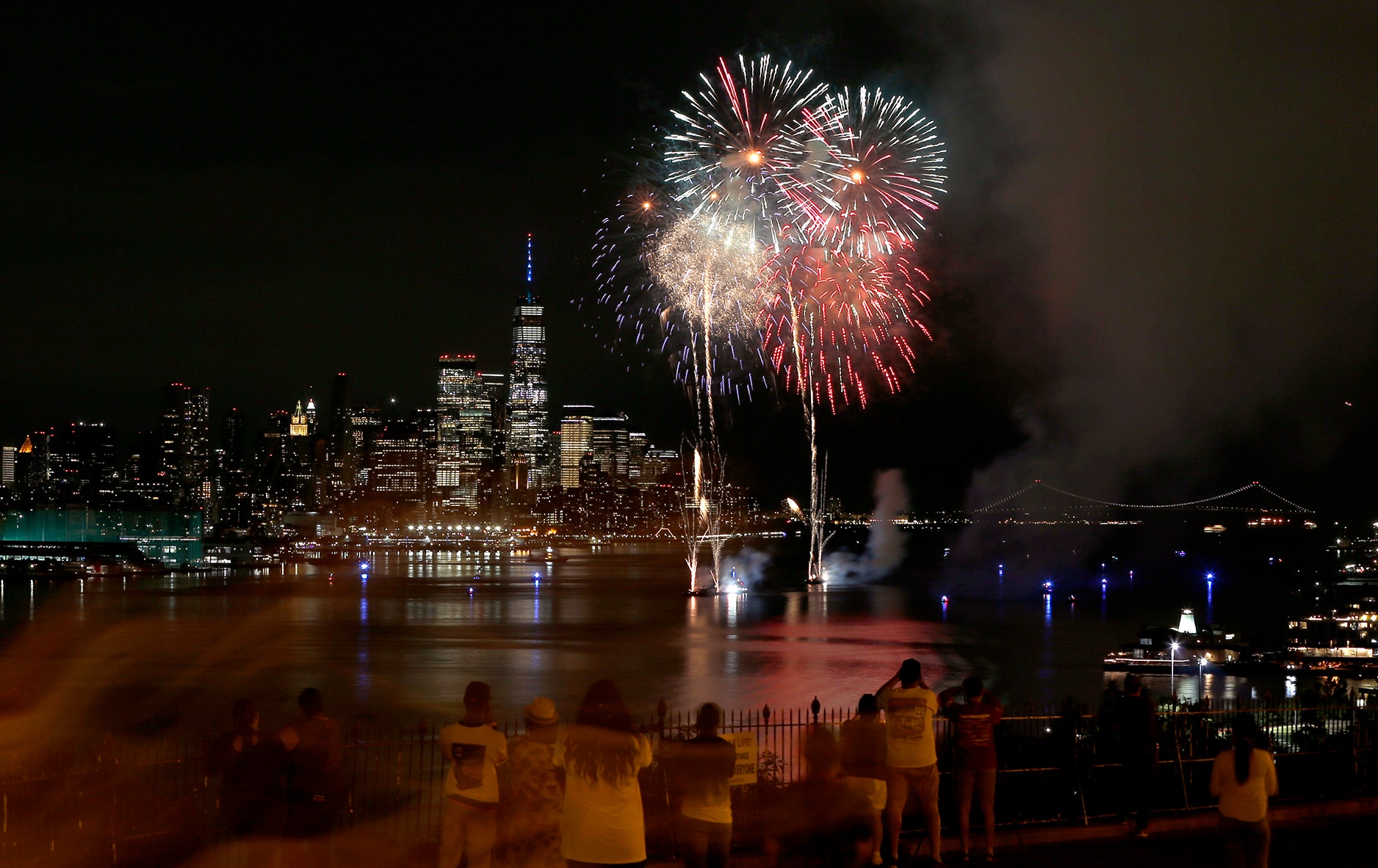 The coronavirus pandemic has ensured that not only will 2020 be a year for the history books, but that Americans will be celebrating a Fourth of July like no other.

Only a month ago, states had started to ease back lockdown measures after flattening the curve. People were talking about barbecues on the beach and watching baseball on July 4th – a “return to normal” as much as any other, but more so on America’s birthday.

Such hopes started to fade as several states started to note spikes in new cases, culminating in over a week of record-breaking numbers. Florida alone set a national record when it reported just over 10,000 new cases on July 2. In 40 of the 50 states, coronavirus cases are rising, with Nebraska and South Dakota the only states outside the Northeast with a downward trend in cases, according to the Associated Press.

President Donald Trump plans to press on in South Dakota with a July 4th celebration at Mount Rushmore — complete with fireworks — but most states will have adjusted celebrations.

Here are some of the ways this year’s celebrations will be very different than in previous years.

With the holiday looming, July 4th calls to mind images of beach barbecues and fun in the sun. Beaches in the Northwest and Northeast have largely remained open for the holiday weekend, but they are not the usual hotspots for vacation and celebrations, and people might have to make do.

Florida has become the hardest-hit state in the country, and it was the most ambitious in achieving a return to normal. After pushing to host the Republican National Convention, the state instead has seen several counties push for certain closures – most prominently, beaches in South Florida.

The beach closures in Miami-Dade, Palm Beach, Indian River County and Martin County are in place only for the holiday weekend, a time when the state normally sees a surge in activity. Beaches in Central Florida largely remain open, though. Gov. Ron DeSantis continues to push for reopening, saying the state is “not going back” on the plan. He even openly questioned the beach closures, speculating that keeping people indoors over the weekend might actually exacerbate the infection rates.

California has also seen several beach closures, including L.A. state beaches and San Diego beaches, as has Michigan, though in smaller numbers. Texas went a step further, closing down any outdoor tubing and rafting businesses.

TRUMP TO KICK OFF INDEPENDENCE DAY AT MT. RUSHMORE AMID ANTI-MONUMENT PUSH

One of the main concerns that experts pointed to in order to explain the sharp rise in cases was the skew toward younger people for newly infected. The average age of those infected by the virus dropped from 48 to 39.

Younger people ventured out for nights in the club or at the bar, so states moved to squash that as an option. In some states, the most obvious measure to take in order to discourage the spread of the virus was to close bars or ban alcohol sales.

Several states, including Colorado and California, have moved to outright close down bars. California Gov. Gavin Newsom ordered bars closed in several counties, including Fresno, Kings and Los Angeles, with an advisory for closures in several others.

Texas Gov. Greg Abbott required any restaurant that makes most of its money (51 percent or more) from alcohol sales to close outright as well.

NO BBQ IN THE PARK

In some states, it will be nearly impossible to gather outside at all to celebrate. In Texas, Gov. Abbott banned gatherings of more than 10 people ahead of the July 4th weekend but had allowed certain exceptions with local government approval. Abbott remains keen to reopening the economy but recognized the need to prevent a possible spike from the holiday weekend.

“We have the ability to keep businesses open and move our economy forward so that Texans can continue to earn a paycheck, but it requires each of us to do our part to protect one another—and that means wearing a face covering in public spaces,” the Republican governor said in a statement.

Some states have taken a softer approach, instead urging residents to remain at home to celebrate rather than outright banning gatherings, as they did in Oregon.

In cases in which gathering does occur, such as in Nebraska, state leaders have asked that hosts keep a gues list to aid in contact tracing efforts.

KTVB in Boise asked the question “What Can You Do This Fourth of July in Idaho?” The main answer was to social distance, no matter what the occasion, but the report listed a number of cancellations to parades and fireworks, which frequently invite large gatherings.

Ohio has indefinitely extended its ban on mass-gatherings (meaning any gathering of 10 or more people outside of a household) through July, and has mandated further social-distancing measures for businesses.

After beaches and barbecues, the most iconic moment of any July 4th celebration is a fireworks display to end the night. After the weeks of unscheduled fireworks late into the night across the country, some people might not be so heartbroken to hear that the usual displays for July 4th have been canceled in a number of states.

California delivered the final blow to holiday plans by canceling any fireworks shows across the state.

New York has taken a decentralized approach to fireworks, announcing only an hour ahead of time when it will host smaller displays.

Some cities and counties in Idaho have also canceled their fireworks displays, though parades and other festivities will continue as planned in certain areas unless the state has failed to move out of Stage 4 reopening.

When the beaches and bars are closed, going out for dinner is an option. The coronavirus has forced most states to close down restaurants or allow limited reopenings, and for many, that will not change.

Most states have entered at least a Phase 2 reopening, which allows outdoor seating for restaurants, such as in New York, or limited indoor capacity. States including Virginia, New Jersey, New York, New Mexico and Mississippi have announced a pause to their plans to progress to the next phase or specifically to open up indoor dining.

As Arizona continues to suffer under the strain of the virus, Gov. Doug Ducey has pushed through a measure to discourage large gatherings. In addition to ceasing the issue of any new special event licenses, he has put a pause on the operations of large, indoor public spaces such as gyms, movie theaters, bars and waterparks, effective for one month from June 29.

Most states are keen to continue reopening businesses for the sake of the economy, but recognize the need for some safety measures to help the recovery. The use of face masks has been continually touted as one of the most effective means of maintaining safety while easing back other measures, and some states have embraced that hope more so than others.

Oregon had to place a state trooper on leave after he was caught on video refusing to wear his mask, saying that the mandate to wear one violated his “civil liberties,” according to the Salem Statesman Journal.

America has around 2.8 million confirmed cases of coronavirus, with around 131,000 deaths.

The Associated Press and Morgan Phillips contributed to this report.

Woman claims Ghislaine Maxwell raped her '20-30 times'; willing to testify: 'She is just as evil as Jeffrey Epstein'