Summer heat reigns across most of Eastern US, Southeast to see days of rain

A summer weather pattern that’s brought very warm temperatures across most of the eastern U.S. will stick around for the next few days as a stormy pattern is developing down South.

The pattern will allow for temperatures in the 90s to remain across much of the eastern two-thirds of the U.S. for a number of days.

While the Southeast will get a break due to the clouds and storms this week, most areas to the east of the Rockies will have temperates around or over 90 degrees for much of this week.

While conditions are mostly calm across the country, severe thunderstorms are possible on Sunday over North and South Dakota. 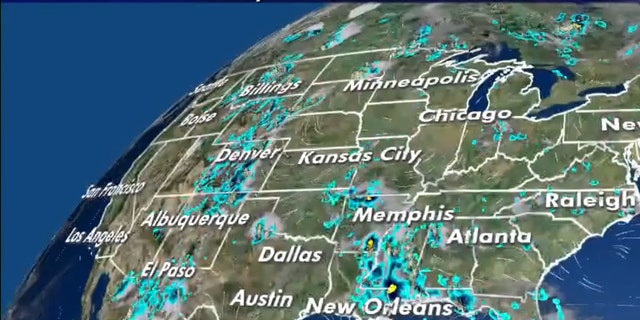 Areas from Georgia to the Carolinas will see bouts of heavy rain through Thursday.

A developing storm will keep things stormy this week in the South.

This means some areas will see two to four inches of rain with some isolated higher amounts.

Areas from Georgia to the Carolinas will see bouts of heavy rain through Thursday.

There could be some localized flooding in the Carolinas, but overall this shouldn’t overwhelm anyone, just be primarily a nuisance.