A former personal assistant to tech CEO Fahim Saleh, who was found beheaded and dismembered earlier this week in his New York City apartment, has been taken into police custody in connection with the murder.

Police have taken Tyrese Devon Haspel, 21, into custody for the death of the 33-year-old executive, Fox News has confirmed. The person in custody had worked as Saleh’s personal assistant, the officials told The Associated Press.

Saleh was the chief executive officer of a ride-hailing motorcycle startup called Gokada that began operating in Nigeria in 2018. His body was found at around 3:30 p.m. Tuesday inside his luxury seventh-floor apartment on the Lower East Side of Manhattan.

A relative called police after going to check on Saleh and making the discovery. Responding officers arrived to find his clothed torso, bags containing a head and arms and an electric saw in the living room, police said. 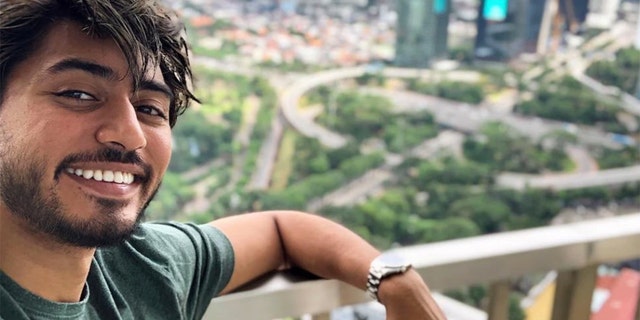 The footage then shows a struggle between the two at the entrance to the apartment, said the official, who wasn’t authorized to discuss the investigation and spoke on the condition of anonymity.

Police believe that the relative may have interrupted the intruder before that person fled out a back exit.

The medical examiner ruled the death a homicide after an autopsy found the cause of death was multiple stab wounds to the body.

Haspil has not yet officially been charged by police, but his arraignment has already been scheduled via videoconference for sometime later today, according to Lucian Chalfen, a spokesperson for the Office of Court Administration.

The New York Times reported Haspil is expected to be charged with second-degree murder, among additional crimes.

Fox New’s Marta Dhanis and The Associated Press contributed to this report.