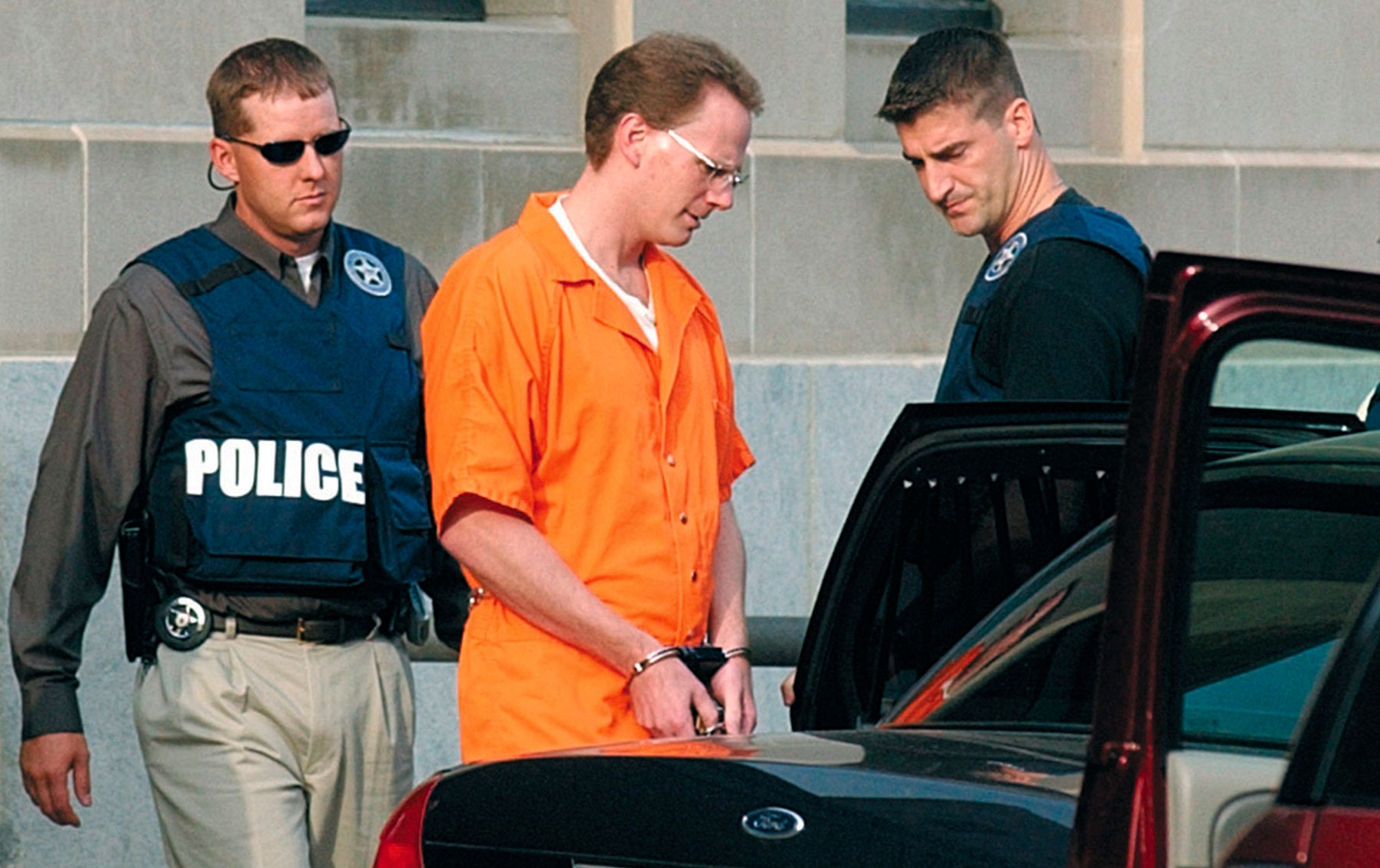 A drug kingpin from Iowa was executed on Friday afternoon, after he was convicted of murdering two young women and three adults, marking the third time this week that a federal inmate has been put to death after a 17-year capital punishment hiatus.

The Bureau of Prisons said Dustin Honken, 52, was pronounced dead at 4:36 p.m. The victims’ family is expected to provide a written statement to the public at some point soon.

Department of Justice (DOJ) spokeswoman Kerri Kupec issued the following statement after the execution was carried out.

“Today, Dustin Lee Honken was executed at USP Terre Haute in accordance with the death sentence imposed by a federal district court in 2004.  Honken was pronounced dead at 4:36 p.m. EDT by the Vigo County Coroner,” she wrote.

“In 1993, Honken, a meth kingpin, kidnapped, fatally shot, and buried Lori Duncan, a single, working mother, Duncan’s two young daughters — 10-year-old Kandi and 6-year-old Amber — and Greg Nicholson, a government informant who testified against Honken on federal drug trafficking charges.  Honken also murdered Terry DeGeus, who Honken thought might also testify against him, by beating him with a bat and shooting him.  On October 14, 2004, a jury in the U.S. District Court for the Northern District of Iowa found Honken guilty of numerous federal offenses, including five counts of continuing criminal enterprise murder, and he was sentenced to death.”

Kupec added, “Nearly three decades after Honken coldly ended the lives of five people, including two young girls, all in an effort to protect himself and his criminal enterprise, he has finally faced justice.  The death penalty has been upheld by the federal courts, supported on a bipartisan basis by Presidents and members of Congress, and approved by Attorneys General under both Democratic and Republican administrations as the appropriate sentence for the most egregious federal crimes.  Today that just punishment has been carried out.”

Lee was convicted of multiple offenses, including three counts of murder in aid of racketeering in the 1996 slayings of William Frederick Mueller, his wife Nancy Ann Mueller and his 8-year-old stepdaughter, Sarah Elizabeth Powell, in Arkansas.

Wesley Ira Purkey was the second man to be put to death two days later, after being convicted in the 1998 kidnapping and killing of 16-year-old Jennifer Long, whose body was dismembered, burned and dumped in a septic pond.

That same year, Purkey was also convicted in a state court in Kansas after using a claw hammer to kill an 80-year-old woman who had polio.

After Honken was convicted in 2004, the jury recommended a death sentence. U.S. District Judge Mark Bennett — who claimed to mostly oppose the death penalty —  said, “I am not going to lose any sleep if he is executed,” The Associated Press reported.