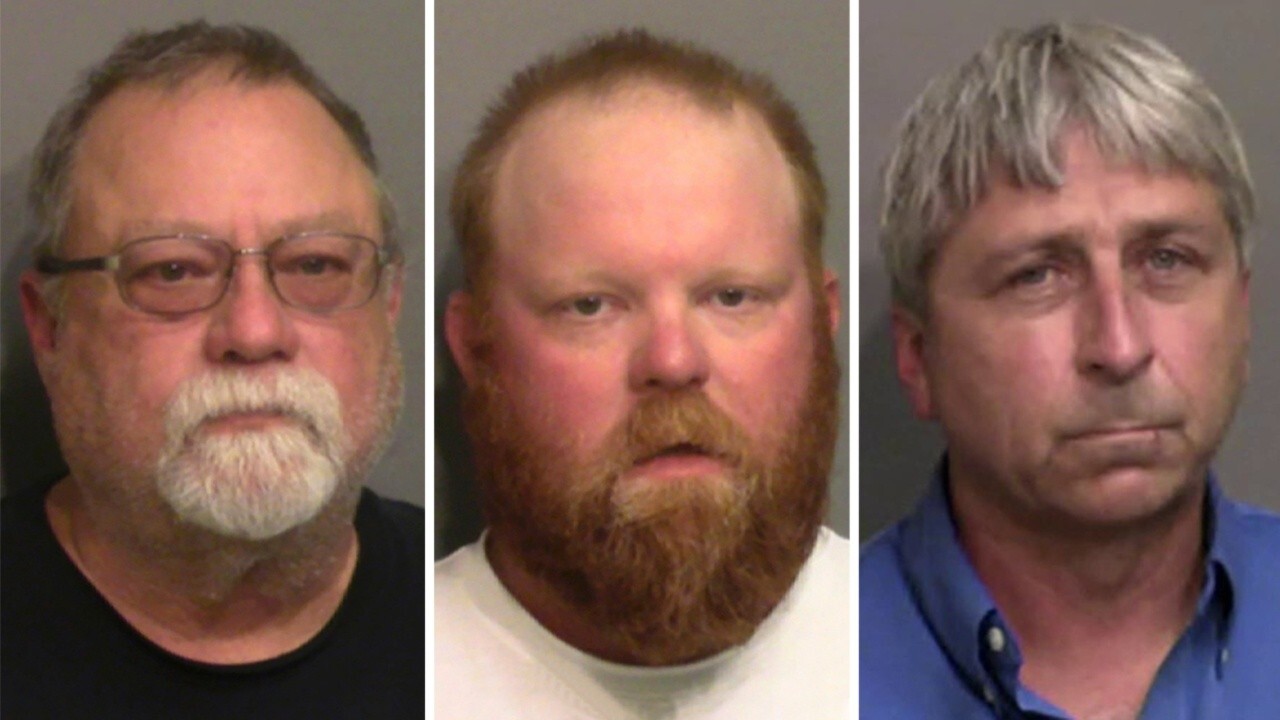 The three Georgia men accused in the shooting death of 25-year-old Ahmaud Arbery pleaded not guilty on Friday before a judge in a Glynn County courtroom.

Travis McMichael and his father, Gregory McMichael, have been charged with murder and aggravated assault, while their neighbor William “Roddie” Bryan, who recorded the killing and initially claimed he had done so because he was a good Samaritan, has been charged with felony murder and criminal attempt to commit false imprisonment.

The McMichaels had their hearings first. Father and son, dressed in matching orange prison jumpsuits, sat on opposite ends of a long table while their attorneys appeared via video conference.

Bryan, brought in separately, also pleaded not guilty to the charges against him.

Bryan has frustrated investigators by changing his story multiple times throughout the course of the investigation, giving different accounts of his role in Arbery’s death. He has, however,  maintained his innocence. His attorney Kevin Gough says he’s having a “hard time” behind bars and argued his client should be released on bond because of coronavirus concerns, saying that “being in jail is tough with the virus.”

“Roddie is struggling in there,” he said. ” He’s not used to being in jail. He lost his house, his car, his job and everything, everything he has left in the world is in storage. If he can get back out, he can reclaim his life.”

Gough kicked off the proceedings by asking the judge to force Lee Merritt, a lawyer representing Arbery’s family, to remove his “George Floyd” face mask, claiming he was trying to make a political statement. Gough’s request was overruled.

“I am comfortable with the fact that I will be able to arraign the defendant and hear the motions that are before the court without being influenced by a face mask,” Superior Court Judge Timothy Walmsley, said. “I do not see masks as political statements.”

Gough also entered a motion, requesting District Attorney Joyette Holmes be removed from the case, taking issue with the way she was chosen for the job.

Arbery, a Black man, was chased, trapped and killed by the McMichaels – armed White residents in a South Georgia neighborhood near Brunswick – while Byran filmed it.

Initially, no one was charged in Arbery’s death. For more than 10 weeks after the Feb. 23 shooting, the investigation idled as the Glynn County Police Department largely looked the other way. Calls for justice intensified after a video recording of the grisly incident was leaked. Three prior district attorneys assigned to the case either actively did nothing to advance it or had conflicts of interest. The Georgia Bureau of Investigation was called in after the cell phone footage was leaked. Less than 48 hours later, they arrested the McMichaels.

The Glynn County Police Department has come under national scrutiny for their mishandling of Arbery’s case.

GEORGIA POLICE DEPARTMENT AT CENTER OF ARBERY MURDER INVESTIGATION HAS DISTURBING PAST FILLED WITH SCANDALS, CORRUPTION

A deeper dive by Fox News showed the police department has a shoddy record that has been marred by scandals and claims of corruption for years, including allegations that detectives tampered with evidence, frequently lied to prosecutors and retaliated against whistleblowers.

The fact that Arbery, an unarmed high school football player, was gunned down while he was jogging by White men with strong ties to local law enforcement and that efforts to bring them to justice were ignored thrust the case into the national spotlight and prompted outrage.

Arbery’s death along with murders of George Floyd and Breonna Taylor became the catalysts for weeks of protests and a racial reckoning across America.

Atlanta man shot and killed while investigating power outage at his home: police