Police in Washington said they have captured a suspect wanted on multiple warrants after he fell through a ceiling inside a home.

The individual, Steven Yahne, was taken into custody Thursday following a standoff at a property in Benton City.

Yahne was wanted on a West Richland warrant for eluding police and five warrants from Montana on charges including tampering with evidence and theft, Benton County Sgt. Scott Surplus told KVEW. 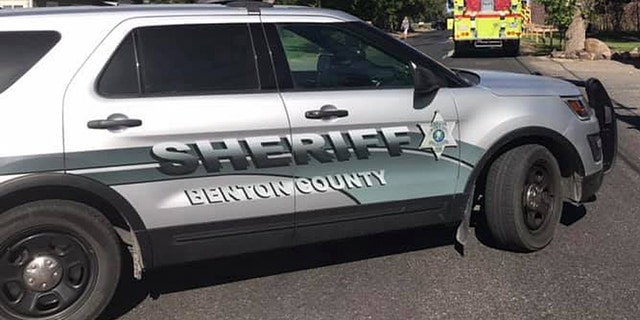 The ordeal began when officers tracked Yahne to the home and spent hours trying to call him out, the station reports.

After deciding to enter the home to find him, Yahne then fell through a ceiling and into its living room, according to KOMO News.

Police told the station that Yahne got into an altercation with responding officers, but finally was taken into custody.

Two women at the home also were arrested for allegedly fighting the officers; one of the women is accused of biting a deputy, KOMO News reports.