Police bodycam video shows scary moments as New Jersey Transit Police officers rushed to a train station restroom to rescue a baby who had just been born and wasn’t breathing.

“Working here, you see a lot of things, but expecting a baby in a mother’s arms that’s a newborn, that’s nothing that we would expect,” one of the officers, Bryan Richards, said Friday, according to WNBC-TV. “I took possession of the baby to do the assessment on it. We didn’t know how long the baby was in this world.”

Richards brought the baby back to life after administering CPR.

“There we go, good girl,” he is heard saying in the video. 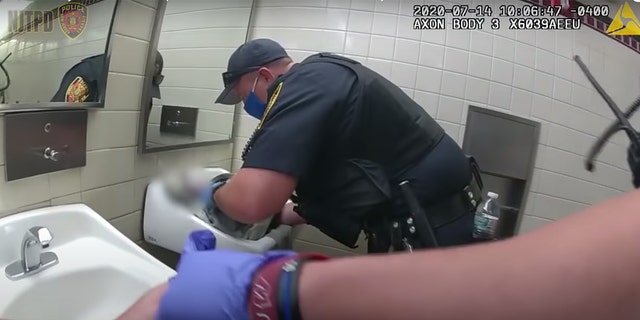 “It was high stress and high adrenaline, but once I had the baby crying it was a very big sigh of relief,” Richards told reporters, the Bergen Record reported.

He and his partner rushed the infant to the hospital in their patrol vehicle.

The baby was reported to be doing well. Her mother was also being treated.