New York detectives said the man charged with decapitating and dismembering his former boss, a tech entrepeneur, was seen on surveillance video at a Manhattan hardware store purchasing an electric saw and cleaning supplies.

Fahim Saleh, 33, was killed in his luxury downtown Manhattan condo apartment Tuesday, according to police. His personal assistant Tyrese Devon Haspil, 21, was jailed without bail early Saturday after being charged with the murder, according to Manhattan prosecutors. 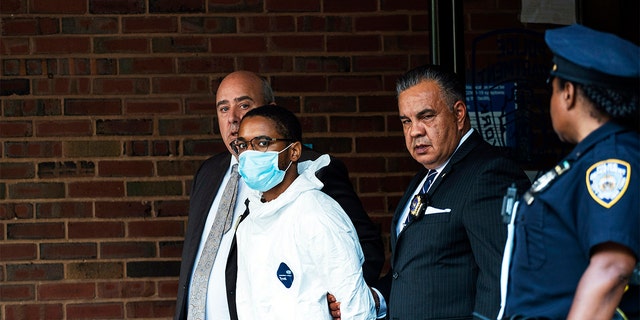 Tyrese Haspil, 21, is escorted out of the 7th precinct by NYPD detectives, Friday, July 17, 2020, in New York. Haspil faces a murder charge in the death of Fahim Saleh, 33-year-old tech entrepreneur who was found dismembered inside his luxury Manhattan condo. (AP)

They quote him as saying that he found those items near Saleh’s decapitated and dismembered body after responding to the apartment Tuesday afternoon.

According to the court papers, surveillance video from the apartment building shows a male individual following Saleh into the elevator and then knocking him down with a stun gun.

Tudisco said a woman he interviewed recognized the individual as Haspil.

An autopsy showed that Saleh had been stabbed five times in the neck and torso and there were other multiple wounds to his arm, hand, forehead and back, the court document said.

It added that “the body had been dismembered and decapitated just below the knees, both shoulders and the neck.”

WABC-TV on Friday quoted sources as saying that detectives recovered texts in which Saleh accused Haspil of stealing tens of thousands of dollars from him.

The station reported that Haspil entered the apartment buiding wearing a disguise.

Saleh served as CEO of a ride-hailing motorcycle startup called Gokada that he founded in Nigeria.

An Exciting Update On My Book