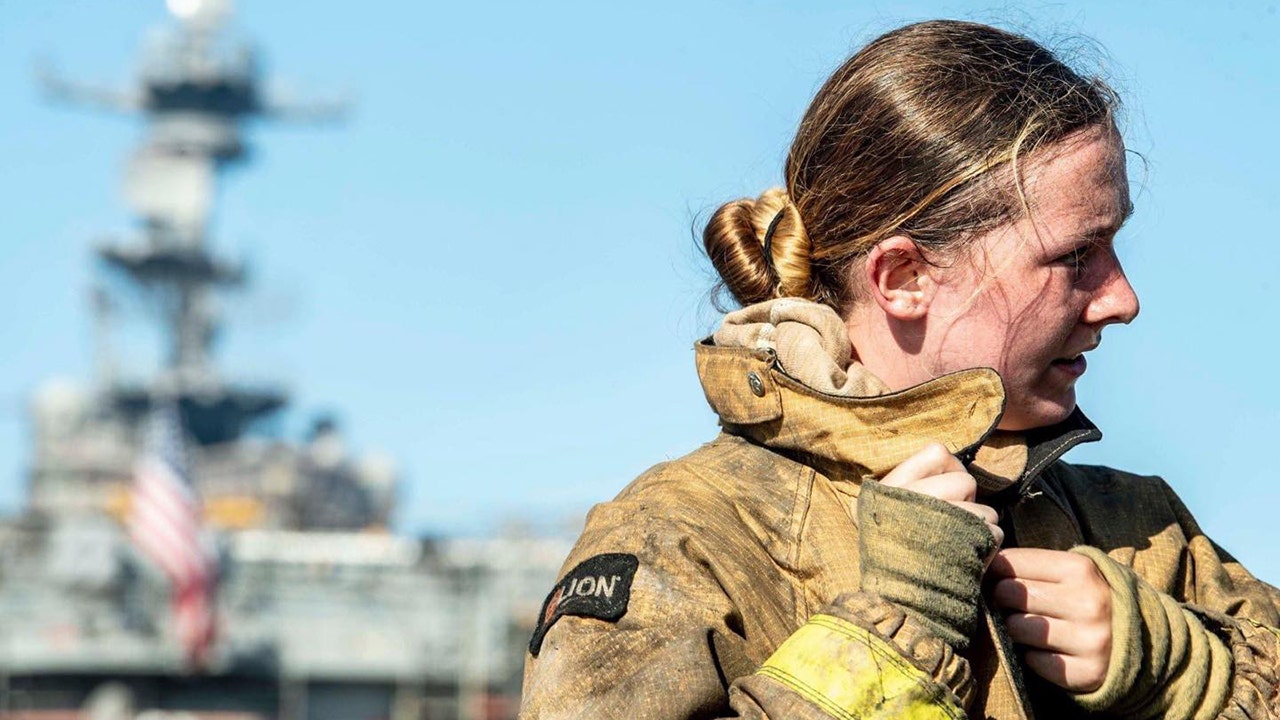 At least two sailors who helped fight an aggressive fire that raged on for days aboard the USS Bonhomme Richard last week off the coast of San Diego have since tested positive for the coronavirus, U.S. Navy officials confirmed on Friday.

The two sailors are crew members on the USS San Diego, an amphibious transport dock, that pulled up alongside the Bonhomme Richard to help with firefighting efforts as the warship continued to burn for more than four days in the San Diego Bay. At least 27 people who have come in contact with them have begun to quarantine.

According to sailors who spoke to The San Diego Tribune on condition of anonymity, most of the firefighting equipment aboard the Bonhomme Richard was destroyed, and, sailors responding from neighboring ships, therefore, swapped and shared masks and gloves as the “chaotic” scene unfolded.

Chief of Naval Operations Adm. Mike Gilday said Saturday he visited the Bonhomme Richard and “was humbled to meet with the Sailors & Firefighters who worked tirelessly this past week.”

“It was obvious to me, their resiliency, fearlessness, confidence, & competence led every heroic & courageous action in fighting this fire,” he tweeted.

After touring the “extensive damage” sustained on the Bonhomme Richard, he pledged a thorough investigation into the Navy’s worst U.S. warship fire outside of combat in recent memory. Gilday said the probe will look at what caused the fire as well as whether there were enough sailors on duty when it happened and the circumstances around why a fire suppression system was deactivated when the blaze broke out the morning of July 12 while the ship was docked undergoing maintenance.

The Navy thought it had the fire under control that night — only hours after it broke out in the ship’s lower storage area, where cardboard boxes, rags and other maintenance supplies were stored. But winds coming off the San Diego Bay whipped up the flames and the fire spread up the elevator shafts and the exhaust stacks.

Then two explosions — one heard as far as 13 miles away — caused it to grow even bigger, Gilday said. The Navy is looking into what caused the explosions, though officials say they have found no indications yet of foul play.

Gilday said it appears the commanding officer who pulled sailors back from the ship following the explosions made “some very sound decisions in terms of how to attack the fire very deliberately.” He commended the sailors who all train with fire departments and went back repeatedly into the dark, smoke-filled vessel with temperatures soaring in parts above 1,200 degrees Fahrenheit.

More than 60 sailors and civilians were treated for minor injuries, heat exhaustion and smoke inhalation since July 12.

Another San Diego-based aircraft carrier, the USS Theodore Roosevelt, was sidelined in Guam for 10 weeks earlier this year after nearly 25 percent of its 4,800 crew members tested positive for the coronavirus and one sailor died. The ship finally returned home to San Diego in early July.