1969: Astronauts Neil Armstrong and Edwin “Buzz” Aldrin become the first men to walk on the moon after reaching the surface in their Apollo 11 lunar module. 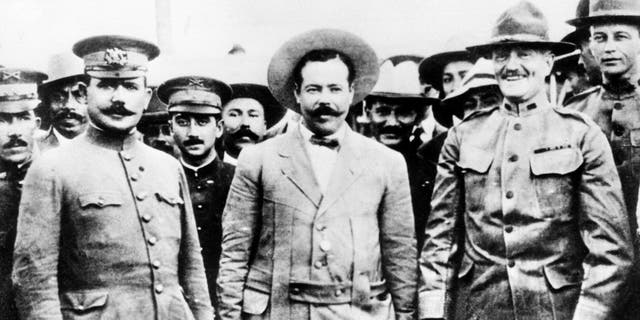 This picture, taken at the border at Nogales, Ariz., in 1916, shows, from left, Gen. Alvaro Obregon, Gen. Pancho Villa and Gen. John J. Pershing in a friendly meeting. (AP Photo)

James Holmes, the man who killed 12 people and wounded 58 others when he opened fire at a movie theater in Aurora, Colorado, in 2012, did what he did due to a range of factors “in an unimaginably detailed and complex confluence,” a psychiatrist who interviewed Holmes said in a new book. (RJ Sangosti/The Denver Post via AP, Pool, File)