Alabama man accused of a dozen sex crimes arrested on new rape charge a month after his release: report

An Alabama man, who argued that he was breaking into the pornography industry when he was indicted on five counts of rape and seven counts of sodomy years ago, was arrested on a new rape charge on Wednesday. The arrest came about a month after he was released on a $100,000 bond when his trial was once pushed back due to the coronavirus pandemic.

Terrance Terrell Keeton, 27, of Montgomery, was arrested Wednesday on a first-degree rape charge. He is accused of holding an 18-year-old woman at his home on Sheldon Road on July 9. He allegedly raped her between 9 and 11 p.m. after the victim declined his advances several times, the Montgomery Advertiser reported, citing court records.

Keeton was released from jail in early June on a $100,000 bond. A judge took away a cash stipulation from his bond in connection with five first-degree rape and seven first-degree sodomy cases from 2016. 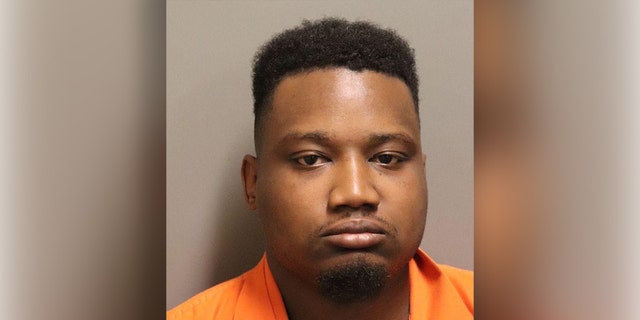 He was indicted on those charges in 2017 but the trial had been pushed back several times. It was ultimately canceled and would be rescheduled at a later date due to the coronavirus pandemic, the newspaper reported.

The man had been accused of raping five different women. He allegedly held two of them – one 19, another 21 at the time – at gunpoint when he sexually assaulted them on separate occasions. He allegedly forced another victim to drive to a dead-end street and pulled out a gun before holding her down while he assaulted her, according to court documents.

While he was in jail, Keeton penned letters to two separate judges arguing that the encounters were consensual and that he was interviewing to begin a career in pornography.

“The alleged crimes against me were recorded in my cellphone that is clearly visible that it wasn’t rape, sir,” he wrote to one district judge. “Also in my phone, I have over 150 videos of me having sex with other women and text messages that women are comfortable with the acts being recorded.”

Keeton said he posted the videos on Snapchat and “that’s where I met these women, and they knew what I was doing because they watched my videos.” He also admitted he owned a firearm and had a concealed carry permit but said the gun was not present during his encounters with the women.

In a letter to the second judge, Keeton claimed he had text messages between him and two women that showed they each apologized for lying about the nature of their encounters. Keeton said the messages had been deleted when he got his phone back from the police.

Keeton is being held on a $60,000 bond in connection with the new rape charge last week.

The Montgomery County District Attorney’s Office filed a motion to have his previous bond related to the 2016 charges revoked. Keeton is to remain jailed until a decision is made on that bond.