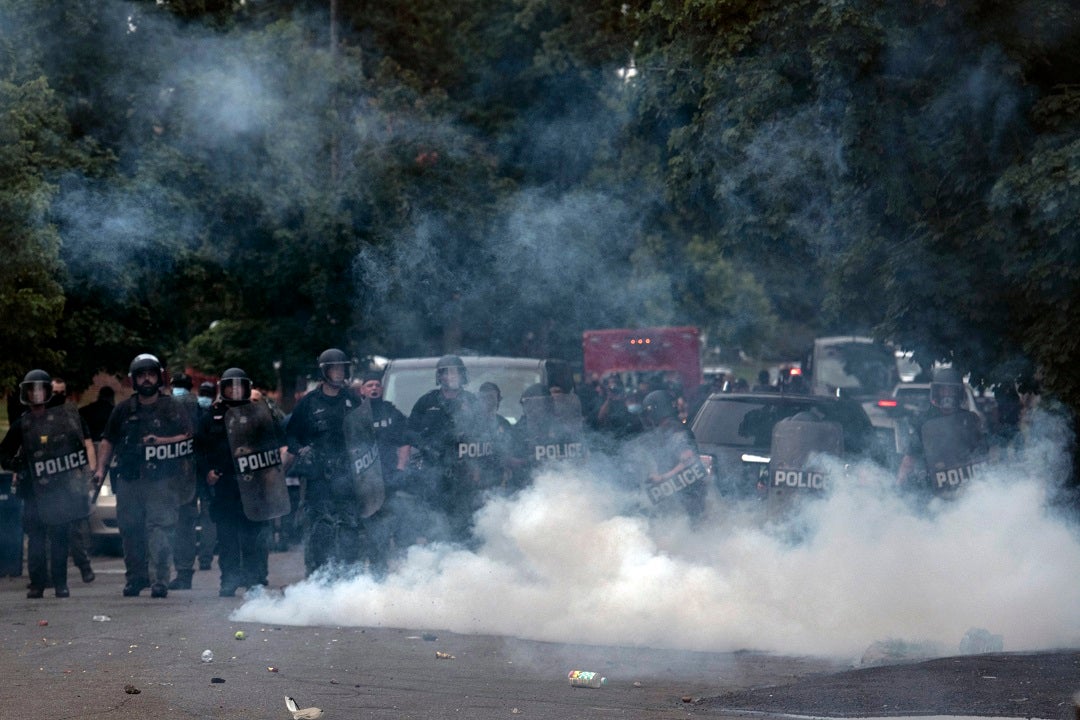 A Detroit police officer has been charged in connection with shooting rubber bullets at a group of journalists during protests days after George Floyd died while in police custody, authorities said Monday.

“The evidence shows that these three journalists were leaving the protest area and that there was almost no one else on the street where they were,” Worthy said in a statement. “They were a threat to no one. There are simply no explicable reasons why the alleged actions of this officer were taken.”

Debono was sent with other officers to a demonstration in downtown Detroit that ran from May 30 to the early hours of May 31, Worthy said. Dressed in riot gear, he fired rubber pellets at three journalists who were wearing their press credentials, prosecutors said.

The journalists – Nicole Hester of MLive, and independent journalists Seth Herald and Matthew Hatcher – were walking when they encountered Debono. As they crossed a street with their hands up, Debono allegedly fired the pellets at them, striking all three.

“The shooting was unprovoked,” a statement announcing the charges said. “At no time did the three complainants do anything to cause the defendant to shoot at them.”

Herald injured his wrist and Hatcher had bruises on his face and ribs and a mark on his nose. Hester suffered injuries to her neck, face, arms and legs,

A spokesperson for the Detroit Police Department was unavailable to speak to Fox News when reached for comment.

Information on Debono’s arrangement was not released. It was not clear if he has been put on leave or is still on duty.