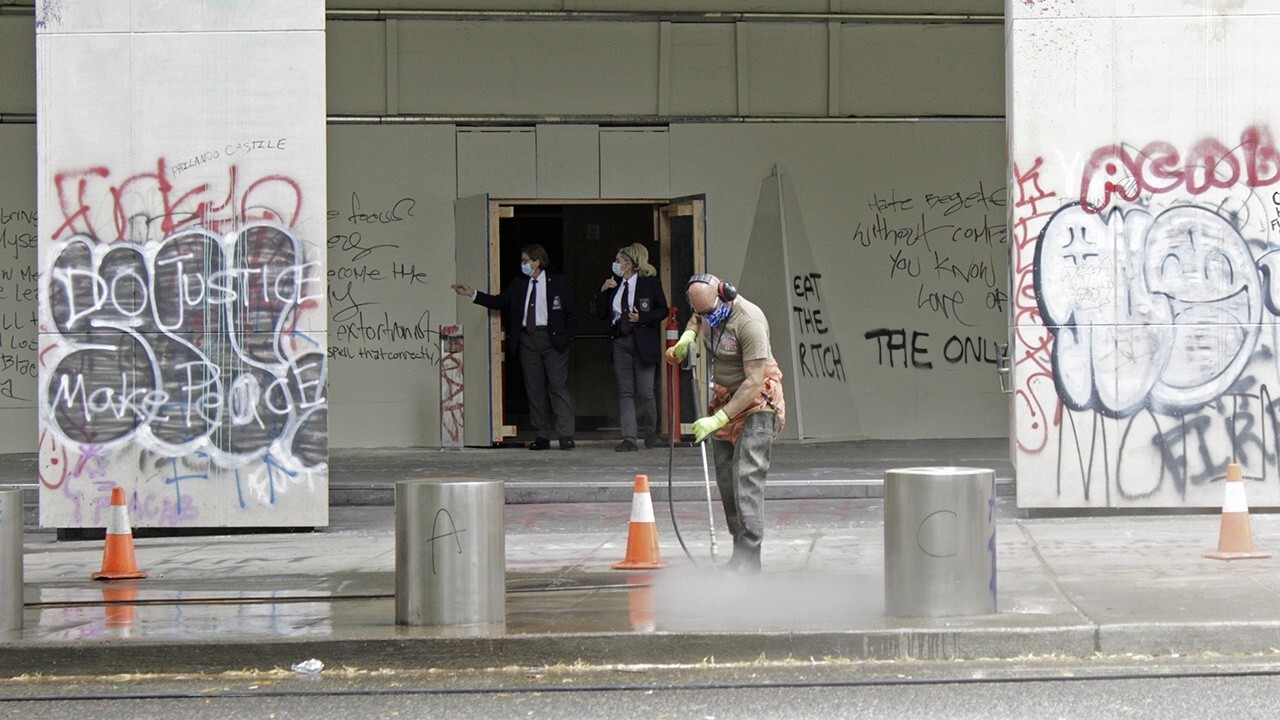 Portland Police said around 10:45, protesters broke into the PPA’s building and almost immediately started a fire.

The building on North Lombard Street is still covered with graffiti and remnants from the fire set Saturday night are still scattered inside.

Ash Leabenworth lives a few houses down from the PPA and said while it’s scary to see this happening on his street, he says dramatic action needs to be taken in order for change to happen.

“We heard shouting and then after a little while we heard a pretty Big Bang which we came to realize was the dumpster being lit on fire in the middle of Lombard,” Leabenworth said.

He said he’s lived on North Campbell street for eight years and up until a few weeks ago, it was a quiet area.

“Especially last night when the union was caught on fire, so we felt pretty scared for our neighbors then. As much as we do support the protests it’s been a trip having cops our here with their LRAD systems and blowing up the acoustics of the neighborhood,” Leabenworth said.

After seeing what’s happening in Portland, Leabenworth said he understands why protesters are angry.

“People are seemingly getting snatched off the streets by federal units that have been sent to Portland and people are understandably upset,” he said. “I think that honestly the only thing that brings about change is showing up and doing something dramatic.”

Several speakers joined Turner at the podium asking for the violence to end. Pastor J.W. Matt Hennessee with the Vancouver Avenue First Baptist Church said we all need to work on listening each other.

“We want to work with you, and we ask for a moratorium, literally a moratorium on the streets to give us an opportunity to hear you. We want you to know we hear you. We understand there are issues you want to talk about,” Hennessee said.

This story first appeared on Fox 12.