Gardner, the city’s top prosecutor, said Mark and Patricia McCloskey will be charged with felony unlawful use of a weapon following the June 28 incident.

“It is illegal to wave weapons in a threatening manner — that is unlawful in the city of St. Louis,” Gardner said in a statement. She added that she was recommending a diversion program as an alternative to jail. 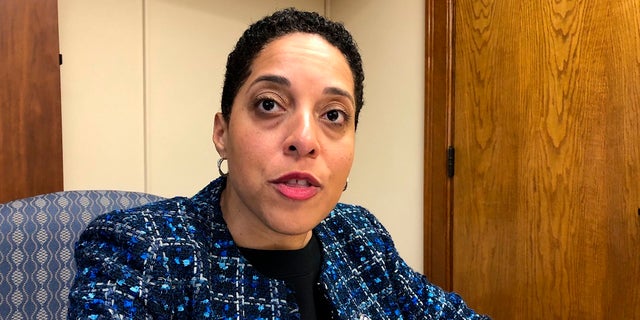 The McCloskeys have said many times they were defending themselves, with tensions high in St. Louis and other cities over race and law enforcement. They said that the crowd of demonstrators broke an iron gate marked with “No Trespassing” and “Private Street” signs, and that some violently threatened them.

In a statement to Fox News, the couple’s attorney, Joel Schwartz, called the charges “disheartening.”

“I, along with my clients, support the First Amendment right of every citizen to have their voice and opinion heard.,” Schwartz said. “This right, however, must be balanced with the Second Amendment and Missouri law, which entitle each of us to protect our home and family from potential threats.”

The husband and wife told “Hannity” earlier this month they were preparing to sit down for dinner on their porch when “300 to 500 people” stormed their community gate and began marching toward them.

The couple, both attorneys, displayed weapons as Black Lives Matter activists walked onto the private street in their community. They were headed to the home of St. Louis Mayor Lyda Krewson.

The husband and wife maintained they were protecting their home. St. Louis police seized the rifle from the home pursuant to a search warrant.

No shots were fired but the incident quickly went viral and fueled the debate over what rights do property owners have when confronted with perceived threats.

Missouri Gov. Mike Parson, a Republican, said Friday he would consider pardoning the couple should they be criminally charged.

“A mob does not have the right to charge your property,” Parson told 97.1 FM. “They had every right to protect themselves.”

Parson’s office did not immediately respond to a Fox News request for comment.

Last week, Sen. Josh Hawley, R-Mo., urged Attorney General Bil Barr to investigate Gardner over her decision to investigate the couple, saying the prosecutor has been hostile to gun rights in the past.

“This is an unacceptable abuse of power and threat to the Second Amendment, and I urge you to consider a federal civil rights investigations,” Hawley wrote in a letter to Barr. “No family should face the threat of harassment or malicious prosecution for exercising that right.”

What does the first-ever terrorism charge against MS-13 member really mean?