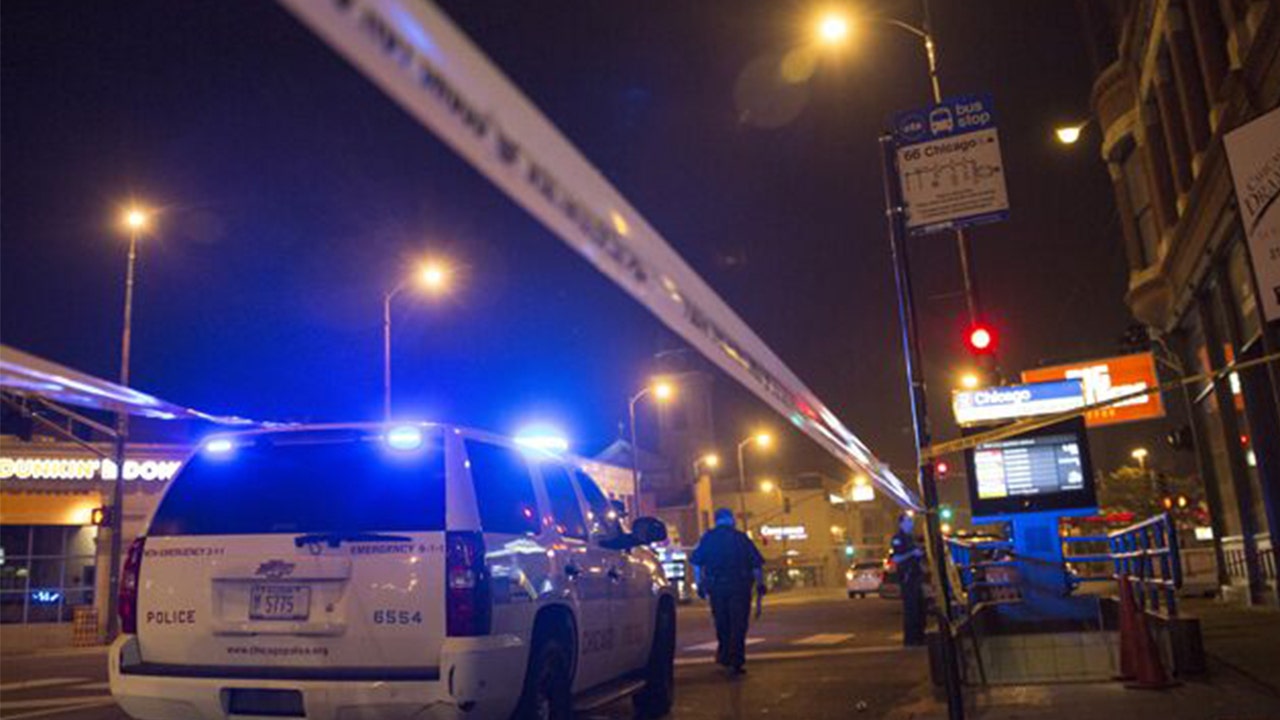 Five of the shooting victims were injured in a single incident in the city’s North Lawndale neighborhood, according to the Chicago Police Department.

A group of people was on a street around 8:45 p.m. when another group of males exited a vehicle and opened fire, striking five people, according to police incident reports. The most recent fatal shooting of the day had occurred around 8:45 p.m. when someone in a sedan approached and fired shots, police said.

The violence comes after a bloody weekend that saw 63 people shot and 12 killed. The weekend prior saw 43 people shot.

In an effort to stem the violence, President Trump vowed Monday to send federal forces into the city to quell the surge.

“New York and Chicago and Philadelphia and Detroit and Baltimore … we’re not going to let this happen in our country,” Trump said in the Oval Office. “We will have more federal law enforcement. That I can tell you.”

Trump has often singled out Chicago for its violent crime rate and continually blames local leaders for the spike. In response, the Department of Homeland Security (DHS) is drawing up plans to send 150 agents to the city to aid local law enforcement, according to reports.

Many Democratic mayors have pushed back against letting federal agents into their cities over safety concerns for residents and possible unchecked authority.

In two separate letters — one to Attorney General Bill Barr and Acting Homeland Security Secretary Chad Wolf, and the other to top Congressional lawmakers — Chicago Mayor Lori Lightfoot and the mayors of Seattle, Portland, Ore.; Kansas City, Mo.; Atlanta and Washington, D.C., demanded that federal forces be withdrawn from their cities.

They cited the heavy use of force by some agents, their unidentifiable clothing and voiced concerns that their actions could further inflame violence — especially in Portland, where nightly protests have raged for weeks amid clashes between protesters and police.