A Buddhist monk was kneeling in prayer at the altar of a North Carolina temple when he was shot and killed by an apparent stray bullet fired through a wall, police said.

“Another monk, Vu Ta, found Tran kneeling at the altar, in a praying position, with blood coming out of his nose.” Lt. Matt Truitt said in a news release Monday. “Ta feared Tran was suffering from a medical condition and called 911 for assistance. When EMS began CPR, it was discovered that Tran had an injury to his right side.” 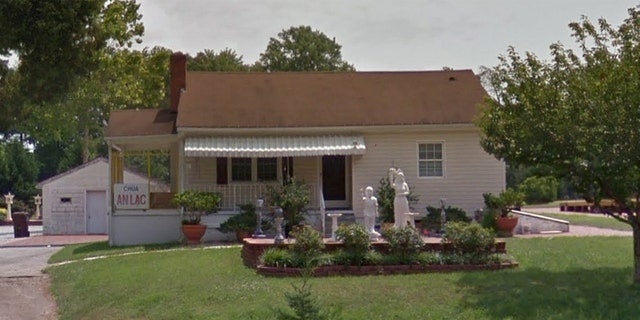 CHICAGO GIRL, 13, WAS DANCING WITH MOM WHEN SHE WAS KILLED BY STRAY BULLET IN HOME

Detectives later found two bullet holes in the wall of the temple. They believe one of those bullets penetrated the wall and struck Tran, Truitt said.

NYC FATHER RECALLS MOMENT STRAY BULLET RIPPED THROUGH HIS HOME: ‘YOU FEAR FOR YOUR SAFETY, YOUR CHILDREN’

During a canvass of the area Sunday, detectives recovered two shell casings along the roadway.

Truitt told Fox News Tuesday that it was possible the bullets may have come from one vehicle firing at another as they drove by the temple.

The bullet struck Tran just below his right armpit. The coroner recovered the bullet during the autopsy.

The temple has about 100 worshippers.