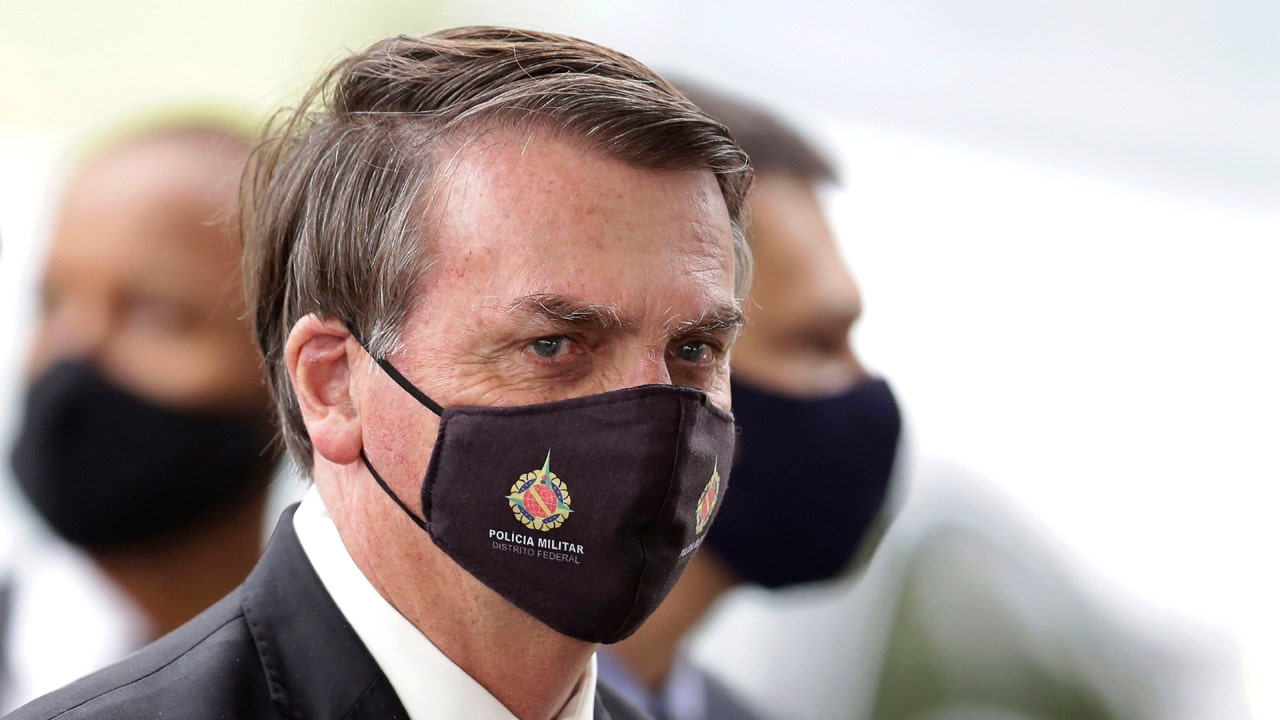 Brazilian President Jair Bolsonaro has tested positive with the coronavirus for the third time since July 7, confirmed a state official Wednesday.

“The test carried out on the president yesterday, on the 21st, showed a positive result,” a statement by the Communications Ministry said, according to a report by Reuters. “President Bolsonaro is still in good condition, accompanied by the presidency’s medical team.”

Bolsonaro has reportedly been in quarantine in his presidential palace, taking to Twitter to post images of him feeding birds and eating alone.

He has also said that he is taking the anti-malaria drug, hydroxychloroquine, a drug which he has supported since the outbreak began, despite scant evidence of its effectiveness.

“I was medicated from the beginning with hydroxychloroquine, with a doctor’s recommendation. I felt better the next day,” Bolsonaro said last week, according to a report by Reuters. “Whether it is a coincidence or not…it worked for me.”

But health experts in Brazil believe the reality of the coronavirus infection rate is underreported due to a shortage of testing.

“This milestone of 2 million cases, which is very underestimated, shows this could have been different,” Dr. Adriano Massuda, a health official told The Associated Press last week.

“There’s no national strategy for testing, no measures from the top…too little effort to improve basic care so we find serious cases before they become too serious, no tracking,” he added.

Brazil has now gone more than two months without a Health Minister after the two previous ministers left their posts, following disagreements with Bolsonaro.

Former Health Minister Nelson Teich, who resigned after only month on the job, reportedly disagreed with Bolsonaro on the promotion of hydroxychloroquine, along with enforcing social distancing orders.

Teich’s predecessor, Luiz Henrique, was fired in April for clashes with Bolsonaro regarding the coronavirus response and the use on the anti-malaria drug.

Bolsonaro has also pushed to reopen the economy, disregarding the warnings by the Department of Health and rejecting the importance of wearing a mask and social distancing.  Though he has been seen wearing a mask since he tested positive for the coronavirus.

“We know that there is no scientific evidence, but it worked with me,” Bolsonaro said on social media last week. “The future will say whether that remedy is effective or not. It was for me. I believe in it. If it was, a lot of people were wrong. People with responsibility.”

Army General Eduardo Pazuello is currently serving as the interim Health Minister, though he reportedly has no training in the health sector.

Colorado police on the hunt for man accused of killing roommate’s 2 dogs, dismembering 1