The parents of a 2-year-old California boy missing since last week have “stopped cooperating” with police, authorities said Tuesday.

The Madera Police Department said it will keep investigating the disappearance of Thaddeus Sran despite the setback.

“Unfortunately, Thaddeus’ parents stopped cooperating early on in the investigation. We believe their assistance in this case would be helpful,” the department said in a statement. “We are hopeful that they will resume cooperating with Madera Police Department detectives and help us to locate Thaddeus.” 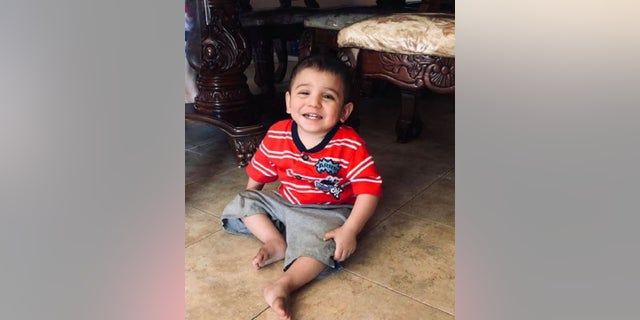 Thaddeus Sran, 2, was reported missing last week from his Madera, Calif., home. On Tuesday, authorities said his parents stooped cooperating in the investigation into his disappearance.  (Madera Police Department )

Sran was reported missing July 15 from his home in California’s San Joaquin Valley after his parents said they put him to bed the night before, the police department said. He disappeared sometime between 10 p.m. July 14 and 8:30 a.m. the next morning.

He was born premature and requires a feeding tube to eat, authorities said. He is also non-verbal and just learned to walk, KMPH-TV reported.

“Time isn’t on our side right now,” Madera Police Chief Lawson said. “It could be that he got out of the house, it could be that he was abducted. Everything is on the table. We’re looking at everything and we’re leaving no stone unturned.”

The department said it has reached out to the FBI for assistance. Police said the parents had a daughter who died a few years ago, but officials did not provide further details, KFSN-TV reported.

Colorado police on the hunt for man accused of killing roommate’s 2 dogs, dismembering 1