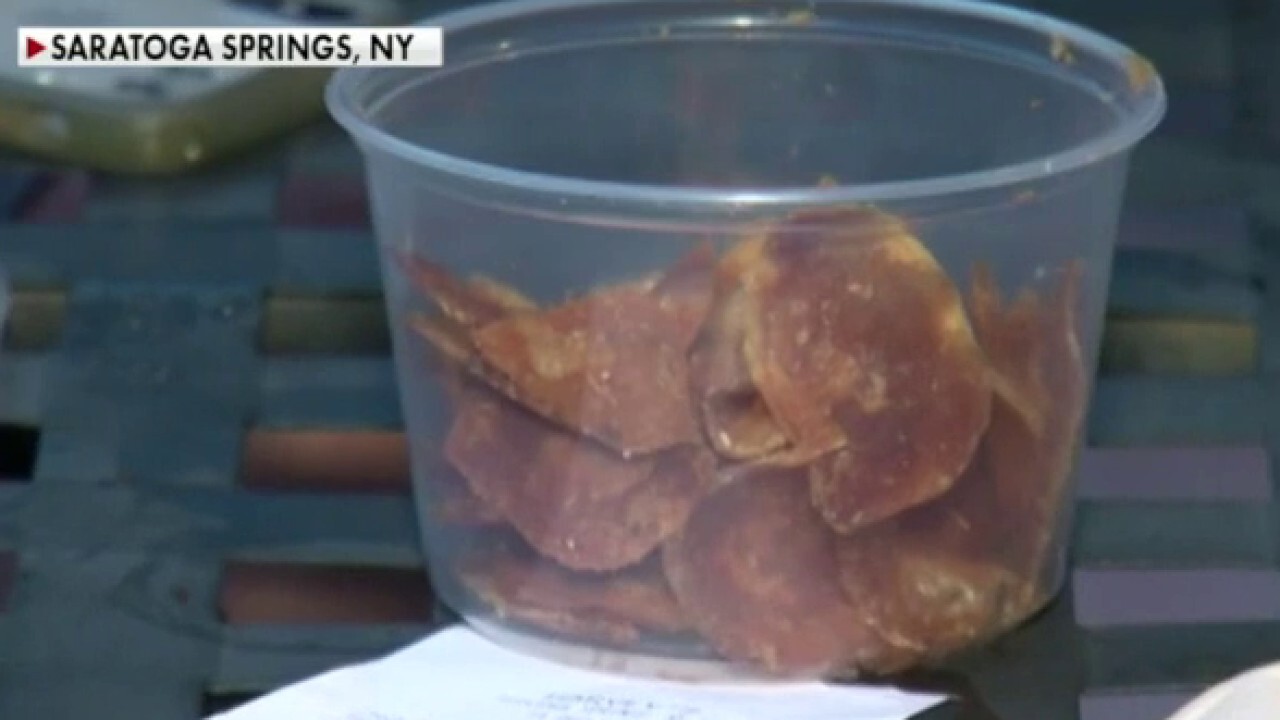 The New York State Liquor Authority is now telling bars and restaurants that they must serve food such as hot dogs and slices of cake – instead of things like chips and cookies – in order to comply with a new restriction aimed at stopping the spread of the coronavirus.

The guidance has surfaced in a Frequently Asked Questions section posted on its website for business owners wondering how to fall in line with Gov. Andrew Cuomo’s recent mandate that customers can only buy alcohol if they purchase food as well. Cuomo announced the rule last week after complaining that some of the state’s restaurants have transformed into crowded outdoor stand-up bars where rules for masks and social distancing were being ignored.

“Can a patron order only a dessert item along with an alcoholic beverage?” the FAQ reads.

“Yes, so long as the dessert item is a substantial item, such as a piece of cake/pie, an ice cream sundae, etc.; it should not be only a drink with whip cream, a cookie, a piece of candy, etc,” it says.

Another section of the FAQ states “I operate a restaurant or bar, and I understand that I must serve sandwiches, soups, or ‘other foods’ when a patron orders an alcoholic beverage, can you tell me what constitutes ‘other foods?’”

“’Other foods’ are foods which are similar in quality and substance to sandwiches and soups; for example, salads, wings, or hot dogs would be of that quality and substance; however, a bag of chips, bowl of nuts, or candy alone are not,” it reads in response to that question.

The State Liquor Authority says the purpose of Cuomo’s new policy is “to ensure that patrons are enjoying a sit-down dining experience among a small group with drinks, i.e. a meal, and not a drinking, bar-type experience.”

Those experiences, it says, “often involves or leads to mingling and other conduct that is non-compliant with social distancing and the use of face covering and is therefore not yet a safe activity during the current health emergency.”

“The spikes/resurgence of COVID-19 cases that this has caused in other states is something that New York must avoid at all costs,” the Liquor Authority adds.

Yet the reasoning it’s using to determine which foods are OK to serve with drinks and which aren’t is unclear.

The Liquor Authority, when contacted by Fox News on Wednesday to explain the methodology, did not respond.

The FAQ section on what food items are permissible under Cuomo’s restriction was published online Tuesday night, according to the New York Post, days after the governor announced the measure.

But the new guidance has been met with some criticism on social media.

“A dumb & wasteful means to an important ends. Simpler message: No groups or we have to shut you down,” tweeted Dutchess County Executive Marc Molinaro.

The restriction gained national attention last week after Matthew Bagley, the owner of Harvey’s Irish Pub in Saratoga, went viral for selling $1 “Cuomo Chips” to fall in line with the requirement.

Yet Bagley told the Albany Times-Union that the State Liquor Authority later called him and said the chips weren’t enough – unless he added salsa. Then he reportedly received another call saying the chips and dip were no longer adequate and he would have to go even further.

“They said it needs to be something more substantial, like an appetizer or sandwich,” he told the newspaper.