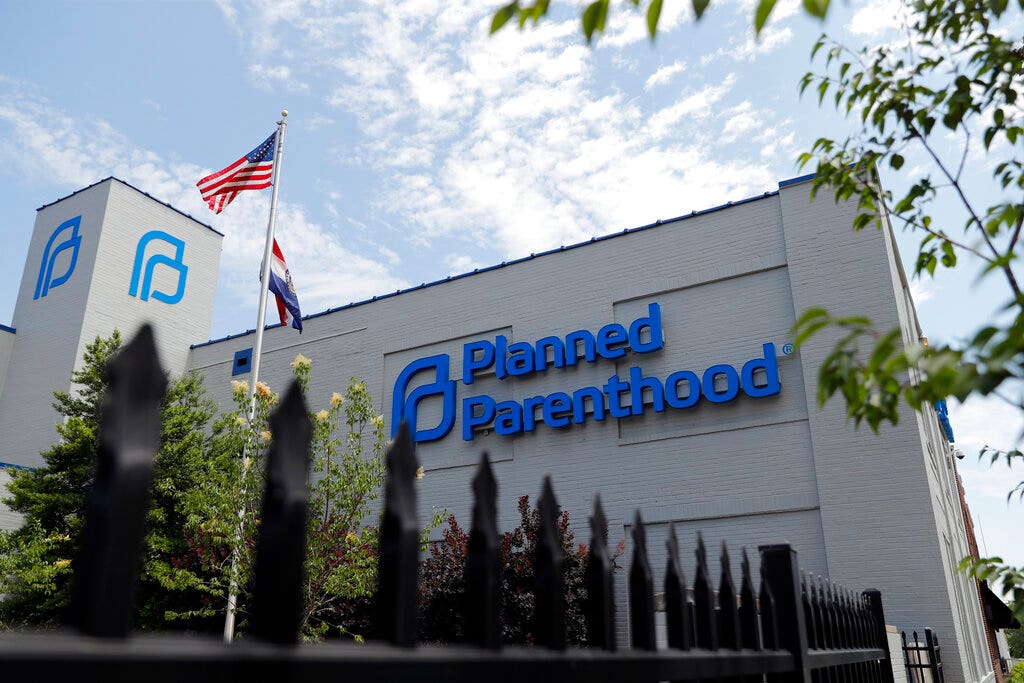 Planned Parenthood of New York’s decision to remove Margaret Sanger’s name from one of its clinics fell short since the organization continued to carry out the eugenicist’s “racist” mission, several Black pro-life leaders told Fox News.

“For me, this was kind of like changing the name of Auschwitz,” said Roland Warren, the CEO of Care Net, on Wednesday.

Planned Parenthood of Greater New York [PPGNY] claimed it made the move “as a public commitment to reckon with its founder’s harmful connections to the eugenics movement.”

But, Warren and several other Black leaders accused the nation’s largest abortion provider of making a largely “pointless” change while disproportionately ending the lives of large portions of their population.

Christina Bennett, an anti-abortion speaker, likened Tuesday’s move to an organization removing a slave owner’s name while their employees participate in human trafficking. And given the expanded access to abortion later in pregnancies, Bennett said PPFA has taken Sanger’s intentions to another “level.”

“This blatant game of ‘genocide-lite’ by Planned Parenthood is both deeply troubling and false-hearted,” said Angela Stanton-King, who’s running for John Lewis’ congressional seat in Georgia. “Their solution to this truth is to erase her name off of a building to ‘erase’ generations of harm. Margaret Sanger historically wanted to do harm to people and populations of color. Her original fundamentals remain intact and endemic to this day.”

The Planned Parenthood Federation of America [PPFA] fired back. “Black women are free to make our own decisions about our bodies and pregnancies, and want and deserve to have access to the best medical care available. Any insinuation that abortion is Black genocide is offensive and infantliziling. The real threat to Black communities’ safety, health, and lives stems from lack of access to quality, affordable health care, police violence and the criminalization of reproductive health care by anti-abortion opposition. At Planned Parenthood, we trust and we stand with Black women who have, and continue to lead the charge when it comes to the health, rights, and bodily autonomy of those in their communities,” said Nia Martin-Robinson, the group’s director of Black leadership and engagement.

As activists repeatedly have noted, Black babies have long been disproportionately aborted in comparison to their share of the population. The Centers for Disease Control and Prevention (CDC) confirmed this trend last November when it released its most recent report, which covered abortion trends in 2016.

It’s important to note that while Planned Parenthood has been the nation’s largest abortion provider, reporting has indicated the group performs less than half of all abortions in the U.S. For example, Guttmacher estimated that a total of 862,320 abortions were performed in 2017. Planned Parenthood, which reports based on fiscal year, claimed in its 2016-2017 report that it performed 321,384 abortions. That number was 332,757 in its 2017-2018 annual report.

Planned Parenthood hasn’t elaborated on how many of its 300,000-plus abortions every year are performed on Black mothers, which is likely why the Susan B. Anthony List requested that information in the wake of the New York affiliate’s recent decision. Regardless, several analyses have shown that Planned Parenthood and abortion clinics in general tend to disproportionately find their way in or around black neighborhoods.

Some 39 percent of Planned Parenthood patients are people of color, with Latinos outnumbering people who identify as Black, according to the organization.

Abortion in the U.S. has lopped millions of potential years off Black life, according to one study. A 2016 report examined the top causes of death among Black, White, and Hispanic Americans, and measured how much that cost individuals assuming their life expectancy was 75. Using data from 2009, the authors found that induced abortion siphoned 25,431,750 years of potential life from Black people compared to 22,721,475 from Whites and 15,479,100 from Hispanics.

Racial disparity was also observed when examining the ratio between the impact of induced abortions and other major causes of death. While Whites died more from an aggregate of other causes, Blacks died more from induced abortion. However, induced abortion took more years off the lives of every racial group when compared to a collection of other top causes of death.  Whites saw a difference of roughly 9 million years between those deaths resulting from abortion and those other causes. For Blacks, it was around 21 million. The authors noted that abortion deaths outranked those from homicide, which was one of the leading causes of death in the Black community.

Although Sanger focused her efforts on birth control, Warren told Fox News that she seemed to seek the same result as Planned Parenthood has been achieving in the 21st century — namely, a reduction in Black population growth.

Tuesday’s announcement was “the first of many organizational shifts to address Sanger’s legacy and system of institutional racism, which negatively impacts the well-being of patients, staff and PPGNY’s broader communities,” according to the group.

Its recent “Reviving Radical” program has been designed to “reckon with Planned Parenthood’s legacy and contributions to historical reproductive harm within communities of color.” Part of that included “determin[ing] [an] outreach plan to reach target communities.” Its appeal to racial equality generally has focused on expanding health services in Black communities in order to address disparities in access.

“Studies have shown that a lifetime of systemic discrimination takes a significant toll on the health of Black people,” a PPFA document on “stand[ing] with Black women” read. It proposed the organization’s “preventative services” as a way to help “close” health disparities. But several Black women indicated to Fox News that PPFA’s minority outreach efforts reinforce the systemic racism attributed to the group’s founder. The group has also defined abortion as a form of health care, which is not how anti-abortion advocates view it.

“Providing access to the marginalized is what they kind of grab ahold of because it’s feel-goody,” said Cherilyn Holloway, who founded Pro-Black Pro-Life. She added that “there are liquor stores,” along with other services “seen as predators” in the Black community. Referring to abortion clinics, she said: “We have to start looking at it from that point of view.”

Although the national office backed the New York affiliates decision, it seemed to paint Sanger’s admittedly racial motivations in a positive light. A 2016 fact sheet quoted an article that claimed, “it would have been more racist, in Sanger’s mind, to ignore African Americans in the South than to fail at trying to raise the health and economic standards of their communities.”

The fact sheet also acknowledged that Sanger spoke to the Ku Klux Klan — something PPFA “strongly disagrees with” — in New Jersey but suggested: “Sanger’s passion to spread and mainstream birth control led her to speak to any group interested in learning how to plan their reproduction.”

That positive portrayal of Sanger’s racialized intentions may be reflected in PPFA’s focus on expanding into the Black community. Live Action, a pro-life group, also has documented how the group has posted job and internship opportunities specifically for Black people. And, PPFA’s latest annual report touted how it opened 18 of its 81 new campus chapters at Historically Black Universities and/or Minority Serving Institutions.

Back in June, PPFA issued a lengthy statement on allegations of abuse and racism. It read: “Our country is in the middle of a racial justice reckoning — one that includes Planned Parenthood. We know we cannot address structural racism or white supremacy in this country without addressing our own. It spills out in the ways we have not yet successfully and publicly reckoned with our history, adequately supported the staff who make our work possible, and in the make-up of our leadership at national and affiliate levels. It ultimately stands in the way of fulfilling our mission.

“Our work demands that we hold ourselves to high standards. We must ensure that Planned Parenthood workplaces are safe and supportive environments for patients, volunteers, and staff at all levels. This includes reckoning with and addressing directly our own internal and structural racism — both historic and current — which harms Planned Parenthood staff, our Black staff in particular. Every person in leadership, including in the national office and affiliate CEOs, must take this responsibility seriously.

KANYE WEST GETS EMOTIONAL ON PRO-LIFE CAUSE AT FREEWHEELING EVENT: ‘NO MORE PLAN B. PLAN A.’

“This is the work we must do. As we take steps to address this situation, we reaffirm our commitment to ending implicit bias and structural racism within our organization at all levels. We owe this to all Planned Parenthood staff and the people and communities we serve.”

Bennett and Holloway indicated a more sinister impact, though, suggesting that PPFA branded itself as pro-Black while feeding them disinformation about their bodies. “You’re still dismembering children … lying to [Black women] about fetal development, saying it’s a clump of tissue, and not giving them the care that they need, then you’re doing exactly what Sanger wanted,” Bennett said. Marcia Lane-McGee, a member of the board of New Wave Feminists, similarly suggested PPFA should “help to actually plan for parenthood instead of suppressing and terminating it.”

Guttmacher has pushed back on the claim that abortion clinics targeted minority neighborhoods by publishing data showing that most abortion providers (6 in 10) have been located in majority-white neighborhoods. Meanwhile, the proportion of majority Black neighborhoods was much smaller (6 percent).

A study from the anti-abortion group Life Dynamics Corporation claimed Planned Parenthood and other family planning facilities “targeted” minority communities. “Not only is this racial targeting widespread, its scale is often enormous,” the 2011 study read.

Planned Parenthood has said that abortions represent 3 percent of all the health services it provides — and the organization notes that its contraceptive services, which constitute about one-third of its offerings, have averted an estimated 216,000 abortions per year.