A Bay Area police chief announced his retirement this week as his department faced criticism after officers were pinned a Black man named Mali Watkins to the ground during an arrest two days before the death of George Floyd.

Paul Rolleri’s last day as chief of the Alameda Police Department will be Aug. 28, the department said in a statement. He has been on the force for more than 28 years.

“Being the Chief of Police here has been the honor and opportunity of a lifetime….After 31 years and family and friend discussions, I had made the personal decision to retire back in January,” Rolleri said.

He made no mention of the video of Watkins’ arrest, but told KGO-TV his retirement is not related to the May 23 incident. 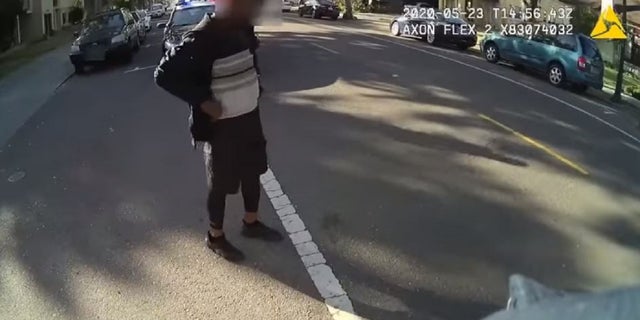 Footage from an Alameda police body camera shows the moments leading up to a May 23 altercation between officers and a Black man dancing in the street. (City of Alameda)

After answering several questions, he refuses to talk, three officers push him to the ground and handcuff him.

“I do this every day… please let me go,” Watkins said to the officers. “I was just dancing.”

He is then brought to the ground and handcuffed. An investigation of the incident was initiated and Alameda County prosecutors decided not to pursue criminal charges against Watkins. Prosecutors also declined to file charges against the two primary officers involved in the arrest.

“These officers require training regarding contacts, detentions, citations and arrests of individuals,” said Alameda County District Attorney Nancy O’Malley, according to SFGate.com. “I am offering one of my experienced Assistant District Attorneys to provide training to your officers, particularly related to detentions and consensual contacts to prevent any similar events from occurring in the future.”