Four employees of a San Francisco-based coffee chain have been fired in recent weeks over the company’s policies towards police, according to one report.

According to local news site Mission Local, Philz Coffee fired one employee for a post on the store’s Instagram story saying the company should end its 20 percent discount for law enforcement officers.

According to the local news site, former Philz Coffee employees have also described other racist incidents and microaggressions while working at the coffee chain.

Philz Coffee has several policies to build relationships with and favor police and other law enforcement officers in the San Francisco area, including the 20 percent discount and even a coffee blend named for police code, according to Mission Local. 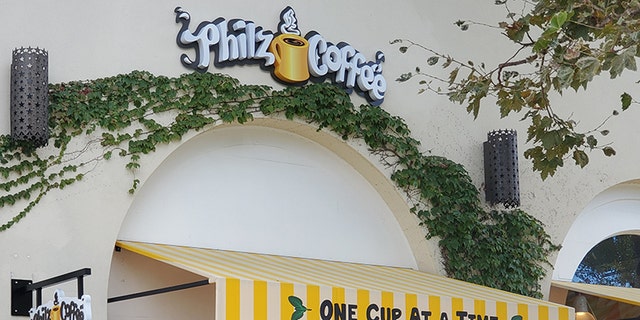 A Philz Coffee location in Lafayette, California, is pictured in 2019. (iStock)

The coffee chain also hosted “Coffee with a Cop” events to help the community build relationships with police officers and displayed law enforcement badge patches in its stores.

After the death of George Floyd, Philz Coffee reportedly had a company-wide forum to discuss race and the police. Employees were reportedly told that each store could decide if they displayed police patches in their store.

However, after three baristas — who were women of color — in Santa Monica removed patches from their store, cut them up and threw them away, they were reportedly fired for “destruction of store property,” the outlet reported.

A spokesperson for the coffee chain told Mission Local that that incident did not happen.

The fourth employee who was fired, Robert Thumas, posted an image on the store’s Instagram story that said: “What’s your favorite iced coffee drink because ours is arrest the cops who killed Breonna Taylor.”

He also included his own note, which said: “No more police discounts please. Thanks.”

He told Mission Local that he discussed the incident with the company’s Human Resources department where he admitted “he stepped over a line.” He also offered to stop managing the store’s Instagram account, but he was fired instead.

Since his firing — and the firing of the three baristas in Santa Monica — Philz Coffee has launched several initiatives including a resource center for diversity, an anonymous hotline and training, Mission Local reported.