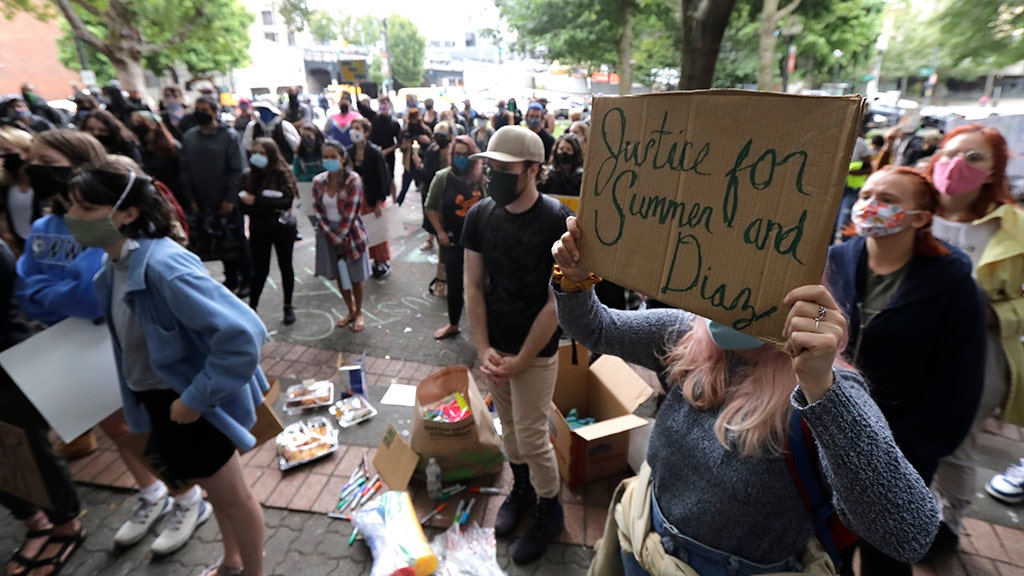 Authorities say a group of about 150 people broke windows, stole from businesses and and started a pair of fires in Seattle’s Capitol Hill neighborhood Wednesday night.

The Seattle Times reports the group gathered at Cal Anderson Park around 9 p.m. and roamed through the neighborhood. Some shattered windows of a business and started a fire inside, which city firefighters extinguished.

The group then smashed windows and broke into another business, according to police. Authorities say they took merchandise from the vintage store, put it in the street and lit it on fire.

According to KOMO, owners of Likelihood Seattle, a shoe store, said their store was hit by the group, but police told them nothing could be done.

The group also used baseball bats and pipes to break windows at a Whole Foods store, KOMO reported. They threw fireworks into the store and looted it.

Police made no arrests.

The violence comes nights after windows were broken and Seattle police officers injured during a downtown protest Sunday.