A New York City judge meted out a no-jail sentence to a former Wake Forest University assistant basketball coach convicted of punching a man who died.

Jamill Jones, 37, was found guilty of misdemeanor assault in the 2018 death of Sandor Szabo in Queens.

Jones was sentenced Thursday to probation, a fine and 1,500 hours of community service. The assault charge could have put him behind bars for up to a year.

“This was a tragic incident that ended the life of a man and devastated his family, a violent run-in that should never have happened,” Queens District Attorney Melinda Katz said in announcing Jones’ punishment. “Violence is never the answer to settling a dispute.” 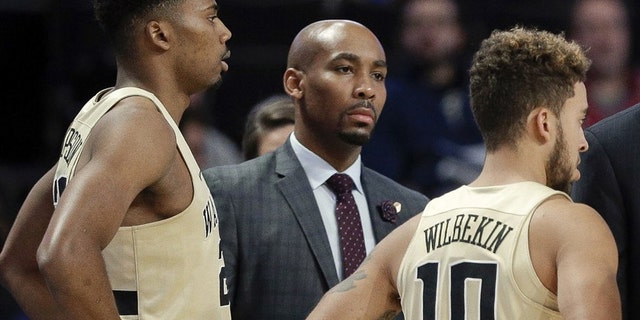 Szabo’s mother Donna Kent called the sentence “inadequate and unfair for the crime of killing an individual” in a statement, the New York Post reported. She also criticized prosecutors for not charging Jones with a felony.

Kent attended the sentencing via Skype video, as did Jones, who apologized to the victim’s family, the paper reported.

“We’re very sorry to the Szabo family and happy with the judge’s sentence,” defense attorney Eric Renfroe said, according to the paper. He said his client was “a good person and we’re sure he’s going to continue to do good in his life.”

Jones was an assistant to Danny Manning at Wake Forest when he slugged Szabo in the head for drunkenly banging on his car in Long Island City, the Post reported.

A jury heard evidence that Szabo, 35, hit the rear window of Jones’ SUV after getting out of a ride-sharing vehicle and then ran away. Earlier in the day, Szabo attended a family wedding.

Katz said Jones ran after Szabo and, after catching up to him, punched him in the face.

Szabo fractured his skull when the blow knocked him to the ground and his head struck the concrete pavement.

He died at the hospital two days later.