Ohio police on Friday released a surveillance video of three individuals they say shot up a home in the middle of the night, killing a sleeping 19-month-old boy and injured his twin brother.

A portion of the footage shows two of the individuals walking around the house followed by the loud sound of gunfire. One of them can be seen with a gun in his right hand.

The incident happened in Canton on Wednesday around 2:30 a.m.; it was one of three shootings in Canton that occurred within a six-hour span.

Ace Lucas and his twin brother were asleep when the bullets ripped through the home. 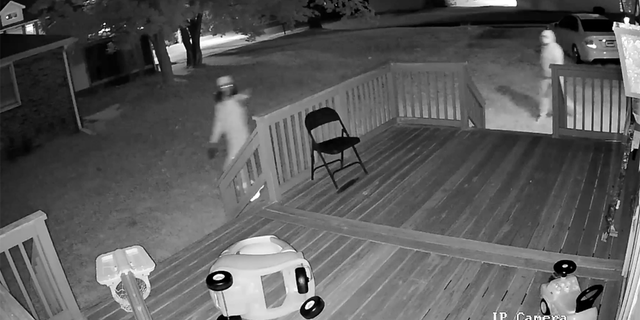 “Numerous, numerous shots were fired into the house,” Canton Police Chief Jack Angelo said, Fox 8 Cleveland reported Friday. “I don’t even have a count exactly on how many of them were fired, but, you know, the house was riddled with bullet holes after the fact.”

The FBI says there is a $5,000 reward for anyone with information.

“You shoot into a house not knowing who is in there or anything else and you end up killing one and almost killing a second child. It’s just these people don’t have a conscience,” Angelo said, according to the station.

“The first two homicides, witnesses were uncooperative,” Angelo said, according to the Canton Repository newspaper. “We are back out trying to talk to them again. At a time when something like that happens, emotions are pretty high.”

Portland inmates complain of tear gas getting into cells: report