Pennsylvania police say a bullet killed a woman sleeping in her bed and that it was fired from outside her home by a young man who had targeted the wrong house, according to reports.

Tracy Marie Squib, 52, was in the bed with her husband when she was shot in the chest in Derry on Monday. She was pronounced dead at the hospital.

Nathan Joseph Quidetto, 20, of Unity Township, was arrested Thursday on a homicide charge in her death. 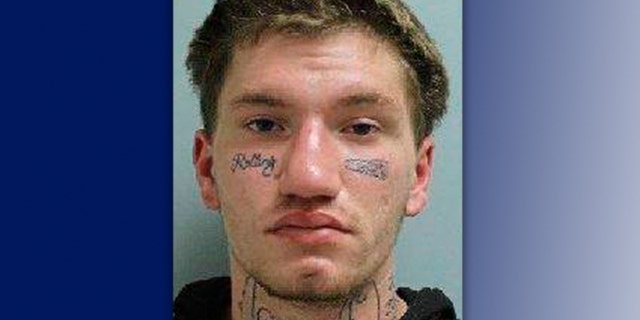 Trooper Steve Limani said Quidetto shot up the Squib house in the mistaken belief that an individual he had a dispute with lived there, the Pittsburgh Tribune reported.

COP SENTENCED TO 15 YEARS IN PRISON FOR SEXUAL ABUSE; MUST REGISTER AS SEX OFFENDER

Limani said the dispute involved a botched drug deal between Quidetto and the other person. He said Quidetto went to the Squib home intending to scare that person, the paper reported.

The shooting “was needless and didn’t have to happen. It’s a shame what happened,” Limani said, according to the paper.

“Our hearts and prayers go out to the Squib family and all their friends,” he said. “Maybe this [arrest] gives them the slightest bit of closure.”

WPXI-TV quoted Limani as saying that Quidetto had no idea who Squib or her family was.

“This had nothing to do with this family whatsoever,” he said. “It’s tragic. it’s a shame.”

Squib told her husband at first that she felt like she got bit by something, according to the station. Their two children were sleeping in other rooms.

Squib taught at Grace Bible Church in Bradenville, a job she had for many years.

“Tracy, she was full of life,” their pastor Jason Losier told KDKA-TV this week. “It’s senseless and needless and it’s like this bright light was snuffed out.”