Three men were shot, one of them critically wounded, and a woman was hit by shrapnel at a Dallas sports bar by a suspect who had been denied entry, police said.

Dallas police told Fox News on Sunday that the suspect, who was still at large, was among three men who weren’t let in to the bar on Riverfront Boulevard which was at full capacity because of coronavirus rules.

Police said he went to his car and came back with an “assault-type weapon.” The bouncer, who had denied the man entry, secured the doors.

The suspect, cops said, fired into the building, causing the reported injuries.

The alleged shooter then went to the back of the bar where he was “confronted by armed patrons,” and they fired upon the suspect. 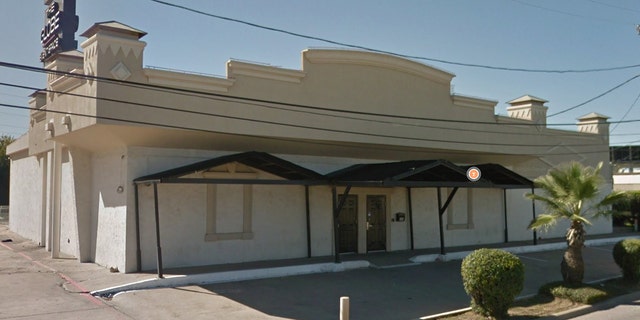 A shooting unfolded after three men reportedly were denied entry to a bar in Dallas.

The shooter left the bar before cops arrived at the scene.

One patron who was inside during the shooting said she feared for her life.

“And so they pushed him out of the restaurant and locked the doors and he went into his car and he just started spraying the place,” Micaela Dartson said.

“There’s gunfire and glass flying everywhere and we all hit the floor,” she added. “You can tell it was an assault rifle. I mean, there was so many shots, it was unbelievable.”

One victim reportedly was shot in the arm. The second victim suffered non-life-threatening injuries. The final victim was shot and declared in critical condition at a nearby hospital.

Milwaukee mom charged in killing of 2-year-old daughter: 'I accidentally did it'