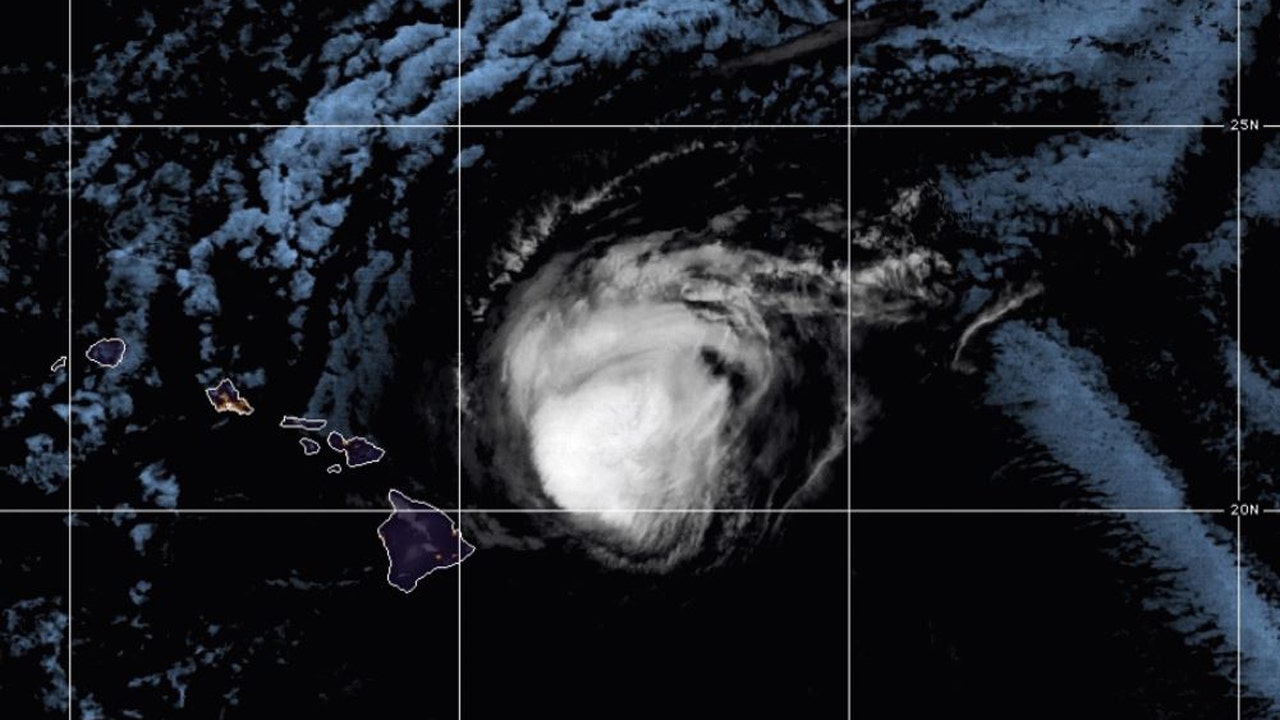 Officials in Hawaii urged residents to take shelter as Douglas, the Category 1 hurricane, swirled off the coast, battering Maui with heavy rain and gusts of high winds.

Forecasters said the first hurricane this season in the Central Pacific would pass close to Oahu, and potentially even make a direct hit on the island, which is home to state’s biggest city of Honolulu.

As of late Sunday afternoon, the storm was about 75 miles east of Honolulu. Douglas had maximum sustained winds of 85 mph midday.

“We remain uncomfortably close to a dangerous hurricane here in the state of Hawaii,” Robert Ballard, the science and operations officer at the Central Pacific Hurricane Center, said during a teleconference.

The center of Hurricane Douglas, which Ballard called a “pretty nasty hurricane,” appeared to have passed within 45 miles to the north of Hana, Maui.

Maui was projected to have the brunt of the storm through midday Sunday before Douglas moved on to Honolulu in the afternoon. Kauai would see the worst of the storm in the evening, possibly after dark.

Ballard said the storm was tracking west-northwest over the island chain and any variation of the path closer could bring much worse weather. A direct hit on Oahu still remained a possibility, he said.

“It’s probably not the most likely solution right now, but when you’re forecasting a hurricane to go 40 miles or so north of Oahu, any little jog to the left would bring much worse conditions to the main Hawaiian Islands. So that’s a big concern,” he said.

Forecasters were warning powerful winds, rain and storm surge could inflict damage. Rainfall was expected to be between 5-15 inches.

In 2018, the massive and powerful Hurricane Lane made a last-minute turn and narrowly spared Oahu, Hawaii’s most populous island. The last major hurricane to strike the state was Hurricane Iniki in 1992, which hit Kauai and caused massive damage across the island.

Officials on Oahu and Maui sounded emergency sirens as rain fell and blustery winds swayed trees. They urged people living there to shelter in place or, as last resort, to take refuge at shelters.

About 300 people evacuated to the Hawaii Convention Center on the edge of Waikiki. On Maui, 22 people were at five shelters around the island.

Evacuees were told to bring masks and hand sanitizer along with the usual emergency supplies of food and water. People will have to wear face coverings to be admitted, and will have to wear them unless they are eating, drinking or sleeping.

State health department officials contacted each of the 625 people who were currently in isolation or quarantine as of Friday because they are either positive with the coronavirus or have been in contact with someone who has COVID-19. Every one of those indicated they would shelter-in-place and not seek refuge at a hurricane shelter.

Hawaii has some of the lowest coronavirus infection rates in the nation, but COVID-19 numbers have been rising in recent weeks. For three consecutive days through Saturday, Hawaii reported record highs of newly confirmed cases.

Gov. David Ige said Hawaiians should already have their 14-day emergency supply kits in place, but because of COVID-19, he encouraged people to add masks, hand sanitizer and sanitizing wipes.