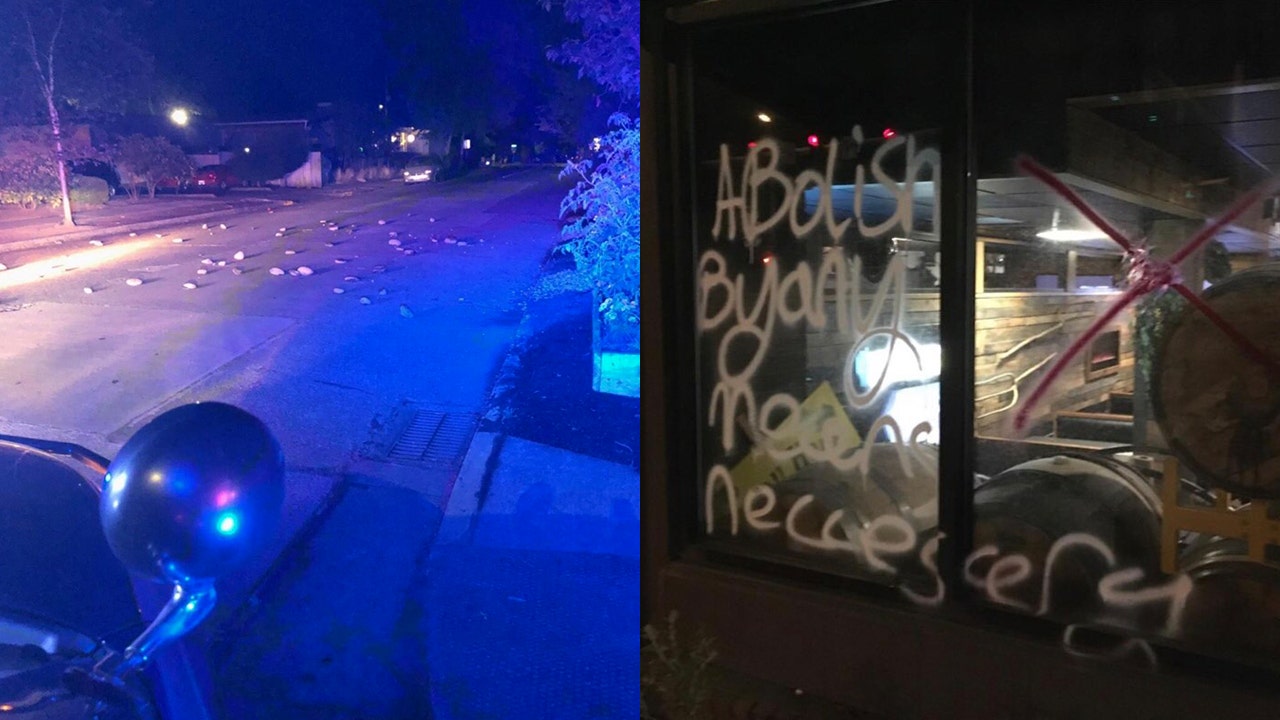 A small Oregon city less than a two-hour drive from Portland experienced rioting Saturday night as hundreds targeted a county jail and federal courthouse with fireworks before attacking businesses downtown while employees remained trapped inside.

Tactics employed by demonstrators mirrored those seen in Portland – which, as of Sunday, has witnessed 60 consecutive nights of protests and civil unrest in the wake of George Floyd’s death.

An anti-capitalist, anti-fascist group of teens that made a name for themselves in the Portland riots appeared to raise money for the seven adults and one juvenile arrested in Eugene, Ore. Saturday. The Pacific Northwest Youth Liberation Front’s unverified account retweeted messages directing people to use the mobile payment service Venmo to send funds to go toward their bail.

It still remains unclear who helps fund and organize these riots, as crowds in several western cities appear increasingly armed with ammunition and fireworks, as well as helmets, umbrellas and makeshift shields designed for confronting local law enforcement and federal officers.

In Eugene, crowds blocked the streets and prevented one man in a pickup truck from passing, according to conservative journalist Andy Ngo, who made headlines last summer after an attack by members of the far-left militant group Antifa sent him to the hospital.

After the crowd surrounded his vehicle Saturday night, the driver opened his door and pointed his handgun toward another man wearing a black t-shirt and helmet. The demonstrator pointed his own weapon at the driver through the opened car door window as the two faced off amid shouting from the crowd. The now-viral video of the exchange has garnered more than 1.6 million views as of Monday.

It was not clear if either man depicted in the video was among those arrested. Unlike in Portland, federal law enforcement has not been deployed to Eugene – a city of 171,000 people – located about 108 miles away. Local police seem to be taking a hands-off approach by using drones to monitor crowds before intervening to quell violence.

The Eugene Police Department said it became aware of a planned protest at the U.S. Federal Courthouse starting at 8 p.m. on Saturday night. Armed counter-protesters also showed up and a man was arrested after firing a handgun into the air in the middle of a crowd of about 300 people.

Police said the counter-protest dispersed before 10 p.m. and a crowd of 200 demonstrators who remained began to launch fireworks toward the federal courthouse and block traffic. The group then marched toward the Lane County Jail, where they threw fireworks into the employee parking area, and lit smoke bombs at the front of the facility.

The “now-riotous group” advanced downtown and began ripping down street signs, spray painting buildings and a police auditor car, and smashed the windows of a Wells Fargo and Whole Foods. They also launched fireworks at the local Elkhorn Brewing and broke several windows while staff was inside.

“Employees were inside the building at the time and managed to escape safely as police moved into the area to prevent further damage or harm to life safety,” police said in a statement on Facebook. “It’s important to note that police were not on the ground during much of the initial hours to avoid any escalating presence. Monitoring for crowd and pedestrian traffic safety was done remotely via drone.”

Officers were pelted with large rocks and police made announcements that the assembly was no unlawful. Police deployed pepper ball munitions and CS gas to disperse crowds. A total of seven adults and one juvenile were arrested as a result of the riot.