LAPD memorial to fallen officers is defaced with crude messages 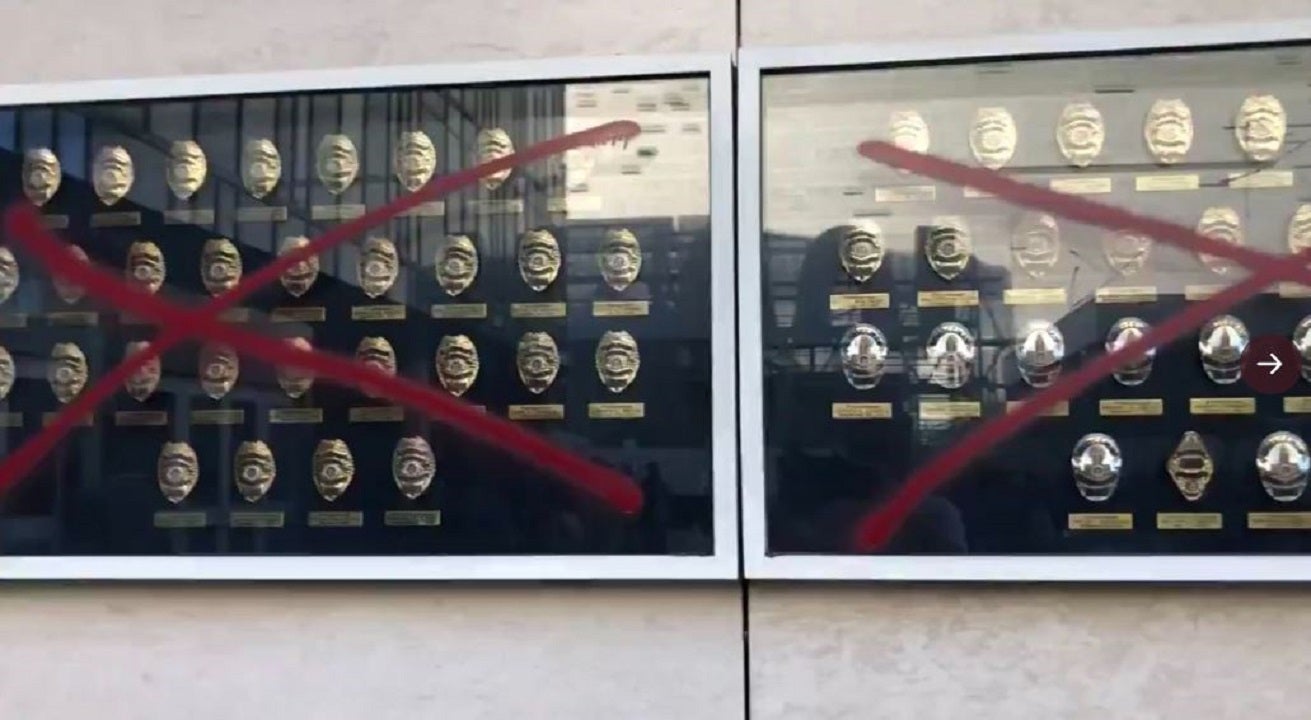 A vandal was caught on video defacing a memorial to honor fallen Los Angeles police officers during a Black Lives Matter protest over the weekend, authorities said Monday.

The Los Angeles Police Department retweeted footage of a large gathering in front of the LAPD downtown headquarters Saturday afternoon.

As the video pans out, a vandal in a black hooded sweater is seen spray-painting glass cases displaying the badges of officers who have died in the line of duty.

“No class. How is this peaceful?” the police tweet reads.

The department also tweeted photos of “FTP,” an acronym meant to disparage police officers, spray-painted on the building’s wall.

“The officers memorialized in these cases made the ultimate sacrifice for their city,” the tweet said.

Saturday’s protest eventually turned violent, prompting the LAPD to issue a tactical alert as officers in riot gear faced off with dozens of protesters near City Hall. The department said several officers were assaulted and protesters blocked traffic on a stretch of Highway 101.

Four officers and three protesters were treated for injuries. Four people were arrested: three on suspicion of battery on a police officer and one person found with a machete for causing a disturbance.

Saturday’s events were part of an evening of nationwide unrest where violence raged in several cities in response to the death of George Floyd.