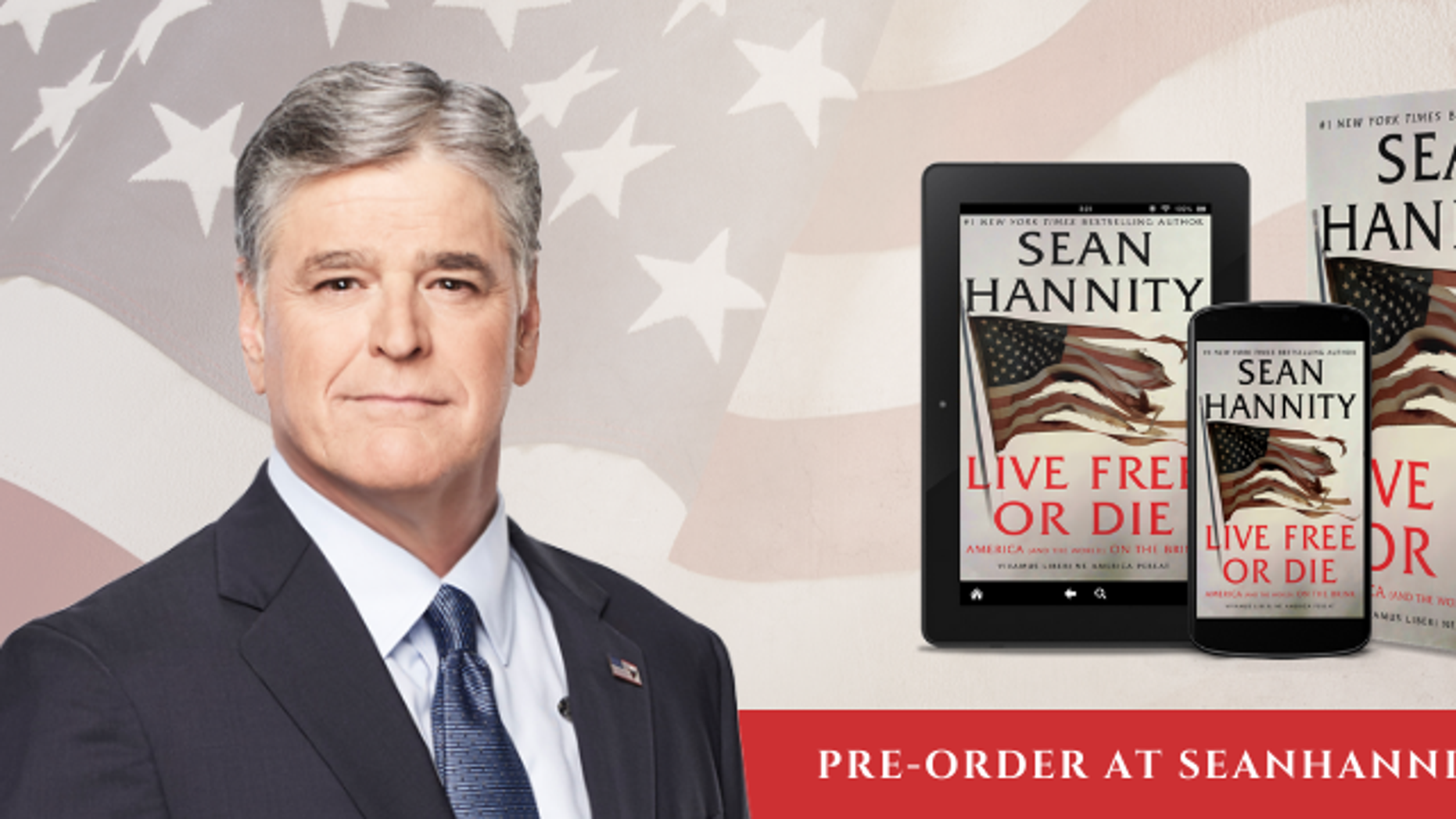 ​​​​​​Fox News host Sean Hannity’s first book in a decade, “Live Free or Die: America (and the World) on the Brink,” is available for pre-order on Monday, July 27.

Gunfire reported near Portland courthouse site, 2 arrested, 1 injured
Police in Portland responded to reports of gunfire near the courthouse protest site and took two individuals into custody, according to a report.

The Oregonian reported authorities responded to reports of gunfire in downtown Portland as protests stretched into the 60th consecutive night in the city. An apparent victim was treated at a hospital after being taken there in a private vehicle. The report pointed out it was not immediately clear if the shooting was related to the protests.

“As police were securing the scene a person arrived at a hospital by private vehicle with an apparent gunshot wound, non-life-threatening,” police said in a statement. “That person seems to have been associated with the incident near SW 4th Avenue and SW Salmon Street. Portland Police are still investigating.”

KATU reported the shooting occurred about a block from where protesters have been clashing with police and federal troops. Tweets from the Mark O. Hatfield Federal Courthouse indicate another large crowd late Sunday. CLICK HERE FOR MORE ON OUR TOP STORY.

“Very recently, President Trump, with the help of Secretary Carson, have in a very powerful and effective way put an end to AFFH as it was created under the Obama-Biden administration,” Kurtz explained. CLICK HERE FOR MORE

Sen. Tom Cotton attempts to clarify slavery comment, calls out ‘fake news’
Sen. Tom Cotton, R-Ark., took to Twitter Sunday to call out what he identified as “fake news” after criticism after a newspaper interview where he spoke about the founding fathers and how they considered slavery a “necessary evil.”

Cotton was interviewed in the Arkansas Democrat-Gazette and spoke about a bill that he sponsored that seeks to deny federal funds to schools that incorporate the New York Times’ controversial ‘1619 Project’ into its teaching curriculum.

Cotton told the paper, “We have to study the history of slavery and its role and impact on the development of our country because otherwise we can’t understand our country. As the Founding Fathers said, it was the necessary evil upon which the union was built, but the union was built in a way, as Lincoln said, to put slavery on the course to its ultimate extinction.”

The quote was picked up by critics on social media who called out the senator for what they said appeared to a justification for slavery. CLICK HERE FOR MORE

#TheFlashback: CLICK HERE to find out what happened on “This Day in History.”

Steve Hilton praised President Trump’s comments last week on school reopenings in which the president said if the buildings do not open for classes, federal education funds should be redistributed to public, private and charter schools who do open.

Not signed up yet for Fox News First? Click here to find out what you’re missing.

Fox News First is compiled by Fox News’ Bryan Robinson. This edition was produced by Jack Durschlag. Thank you for making us your first choice in the morning!  We’ll see you in your inbox first thing Tuesday.