Anthony Todt, the man charged with killing his wife, their three children and the family dog at their Florida home near Disney World, has now claimed in a prison letter that his wife poisoned the children, murdered them in their sleep, then killed herself.

Todt, 44, wrote the 27-page letter from Osceola County Jail to his father in Massachusetts, the Orlando Sentinel reported Monday. The letter was dated June 19.

He claimed in the letter that his wife, Megan, put 13-year-old Alek, 11-year-old Tyler and 4-year-old Zoe to sleep with a dessert tainted with Benadryl and then stabbed and suffocated the children at their home in Celebration.

Todt said he returned home from doing maintenance at a nearby condo they owned and found his wife sitting on the stairs. He said she confessed to killing the children. 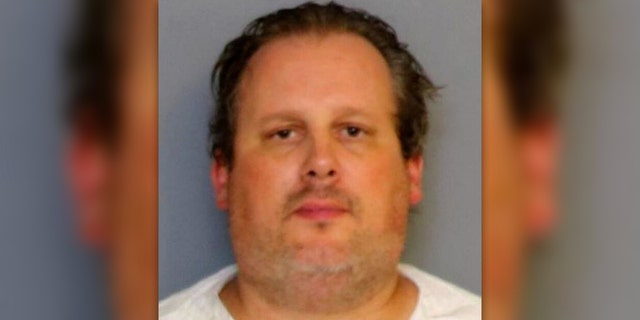 “At the news of this I ran to the bathroom and puked — I was weak,” Todt wrote.

He said his wife then drank a bottle of Benadryl and stabbed herself in the stomach.

The letter was copied as evidence by the Orange-Osceola County State Attorney’s Office, which released it to the newspaper in response to a public records request.

Todt has been in jail since his January arrest. Osceola County Sheriff Russ Gibson said at the time that Todt had confessed to killing his family and their dog, Breezy.

Officials said his family had been dead for at least two weeks when federal agents and deputies found the bodies at the home on Jan. 13 while serving Todt with an arrest warrant for health care fraud charges in Connecticut.

Todt had a physical therapy practice in Connecticut to which he would travel during the work week, returning to Florida to be with his family on weekends.

He was indicted in February on four counts of first-degree murder. He has pleaded not guilty.

Prosecutors have said they intend to seek the death penalty for Todt. Defense attorneys have not spoken publicly about the claim that Todt’s wife was the real killer.