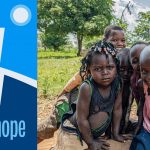 The mysterious, unsolicited packages of seeds supposedly being sent from China to homes across America – prompting agriculture departments in at least 31 states to issue warnings against planting them – may be tied to a fake product review scam, police and officials are saying.

The packages, based on photographs and statements from officials, appear to have been shipped by China’s state-owned postal company and contain Chinese lettering on the exterior, advertising products ranging from jewelry to toys.

But what’s actually inside are random plant seeds and states from coast to coast have been urging residents to report the unexpected deliveries to their local agriculture departments over concerns that the seeds could be invasive or harmful species. 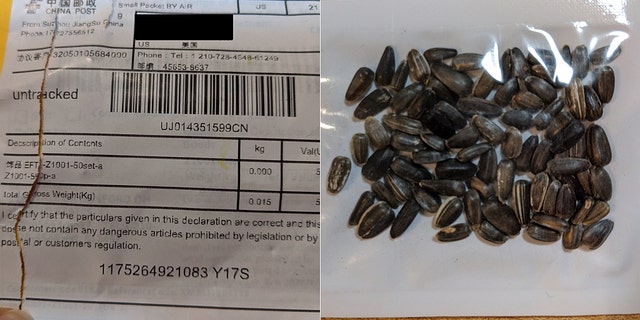 One of the packages sent to Ohio containing the seeds. (Ohio Department of Agriculture)

“We have done some researching and it does appear that these seeds are tied with an online scam called ‘brushing’,” the Whitehouse Police Department in Ohio – one of the states where the packages reportedly have been sent – posted on Facebook. “A brushing scam is an exploit by a vendor used to bolster product ratings and increase visibility online by shipping an inexpensive product to an unwitting receiver and then submitting positive reviews on the receiver’s behalf under the guise of a verified owner.

VIRGINIA, UTAH AMONG STATES RECEIVING UNSOLICITED PACKAGES OF PLANT SEEDS IN THE MAIL

“Although not directly dangerous, we would still prefer that people contact us to properly dispose of the seeds,” the department added.

North Carolina’s Department of Agriculture and Consumer Services also said the deliveries are “likely the product of an international Internet scam.”

It’s not the first time this type of scam has surfaced. In 2018, a Massachusetts couple who kept receiving mystery packages from Amazon containing items ranging from USB-powered humidifiers to rechargeable dog collars feared they were being targeted.

Here’s how the scam works: a seller trying to boost the ratings of their own merchandise sets up a fake email account to create an Amazon profile, then purchases the items with a gift card and ships them to the address of a random person.

Once the package is delivered, the owner of the Amazon account is then listed as a “verified buyer” of the product and can write a positive review of it that gets higher placement on product pages because of their status, James Thomson, a former business consultant for Amazon told the Boston Globe at the time when asked about the couple’s deliveries.

AMAZON REVIEWS SCAM? COUPLE WHO KEPT GETTING MYSTERY PACKAGES FEAR THEY ARE NEXT VICTIMS

However, the deliveries of the plant seeds are more widespread and it’s not immediately clear which e-commerce website the fake reviews may be appearing on, if this is the motive behind the packages.

On Monday, Virginia Department of Agriculture and Consumer Services spokesperson Michael Wallace told the New York Times that the agency has received “over 900 emails and several hundred telephone calls” from people who claimed to have received the seeds.

Officials in Florida say they have gotten 160 reports about the seeds. And in Louisiana, Agriculture and Forestry Commissioner Mike Strain told the New York Times that some of the packages sent to residents there appear to contain seeds for water lily plants.

“Obviously they’re not jewelry,” Lori Culley, a resident from Tooele, Utah, said to Fox13 after receiving one of the packages.

“At this time, we are not sure what the seeds are and therefore are urging everyone to be exceedingly vigilant,” Georgia Agriculture Commissioner Gary Black also said in a statement. “If you have received one of these packages in the mail, please use extreme caution by not touching the contents and securing the package in a plastic bag.”