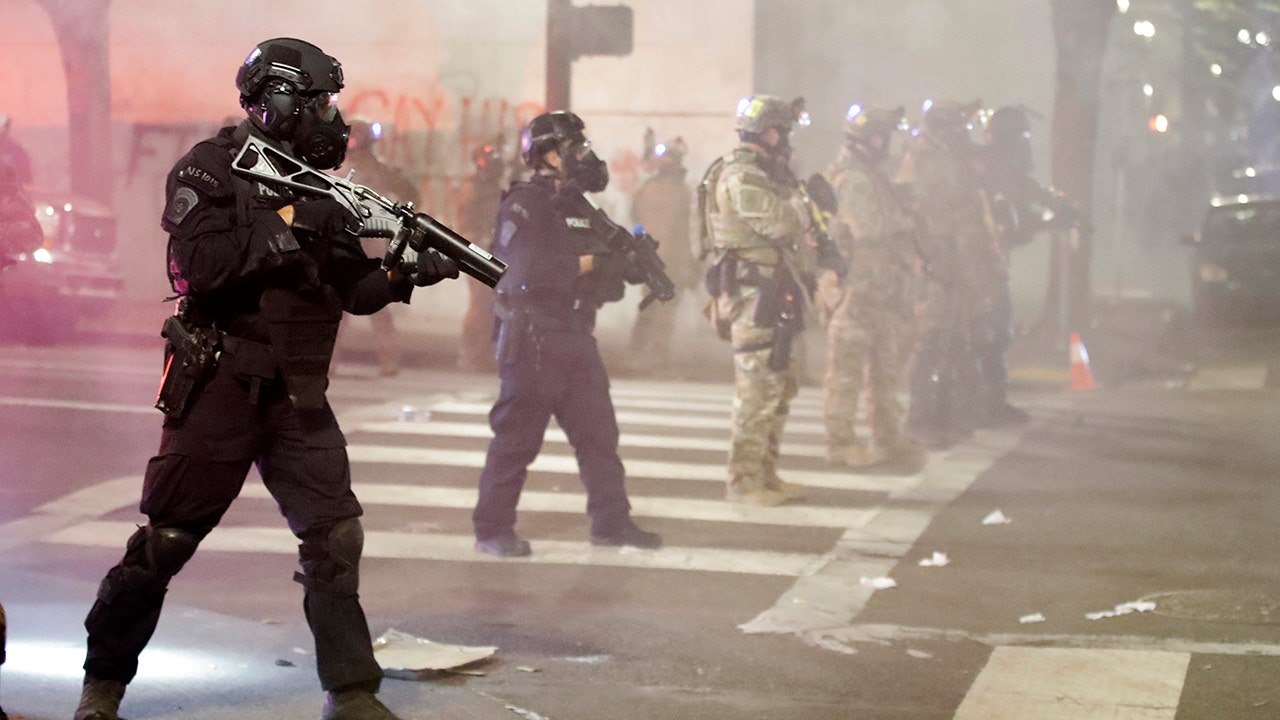 Vandals targeted the law office that represents a Portland police union amid the ongoing conflict between rioters and law enforcement in the Oregon city, according to multiple reports.

Attorneys with the Public Safety Labor Group’s offices returned to work on Monday morning to find graffiti spray-painted on the building’s exterior and windows smashed with what appeared to be bricks, according to photographs obtained by The Oregonian.

At least two bricks were found inside the office among the shattered glass in the aftermath of the destruction, according to the local outlet KOIN 6 News.

“This doesn’t have anything to do with police reform,” lawyer Will Aitchison told KOIN, holding a brick. “This was a brick that was thrown through a window in a law office that’s four miles from downtown that backs up against residences. Is this what we have become in Portland?”

A spokesperson for the firm did not immediately respond to Fox News’ request seeking comment.

The office is located roughly 3.5 miles from downtown Portland where protests have carried on for the past several weeks and have often, mostly recently, descended into riots, in the wake of the police-involved death of George Floyd in Minneapolis, Minn.

Floyd, a Black man, died on May 25th when a white police officer, Derek Chauvin, held his knee on his neck for nearly nine minutes despite Floyd’s several complaints that he could not breathe.

Demonstrators nationwide took to the streets in protest of systemic racism police brutality.

But in Portland, the protests later turned into riots that became increasingly violent as federal agents with the Department of Justice were deployed to the city’s downtown neighborhood and a fence was erected around the perimeter of a federal courthouse located in the area.

“This is no longer about George Floyd, racial equity, social justice, or police reform. That platform has been hijacked by certain people who want chaos, disorder, and destruction,” attorney Anil Karia, who founded the firm with Aitchison, told The Oregonian. “Bricks hurled through windows aren’t a medium for change. They are being used as weapons of destruction.”

Portland police are investigating the vandalism, according to KOIN.

It’s not the first time police, or, in this case, affiliated parties, have been targeted.

On July 18, the Portland Police Association’s office was reportedly broke into, with a person starting a fire on the ground floor.

Protests flare up in Tempe, Ariz., and Austin, Texas – as Portland sees its 61st consecutive night of unrest