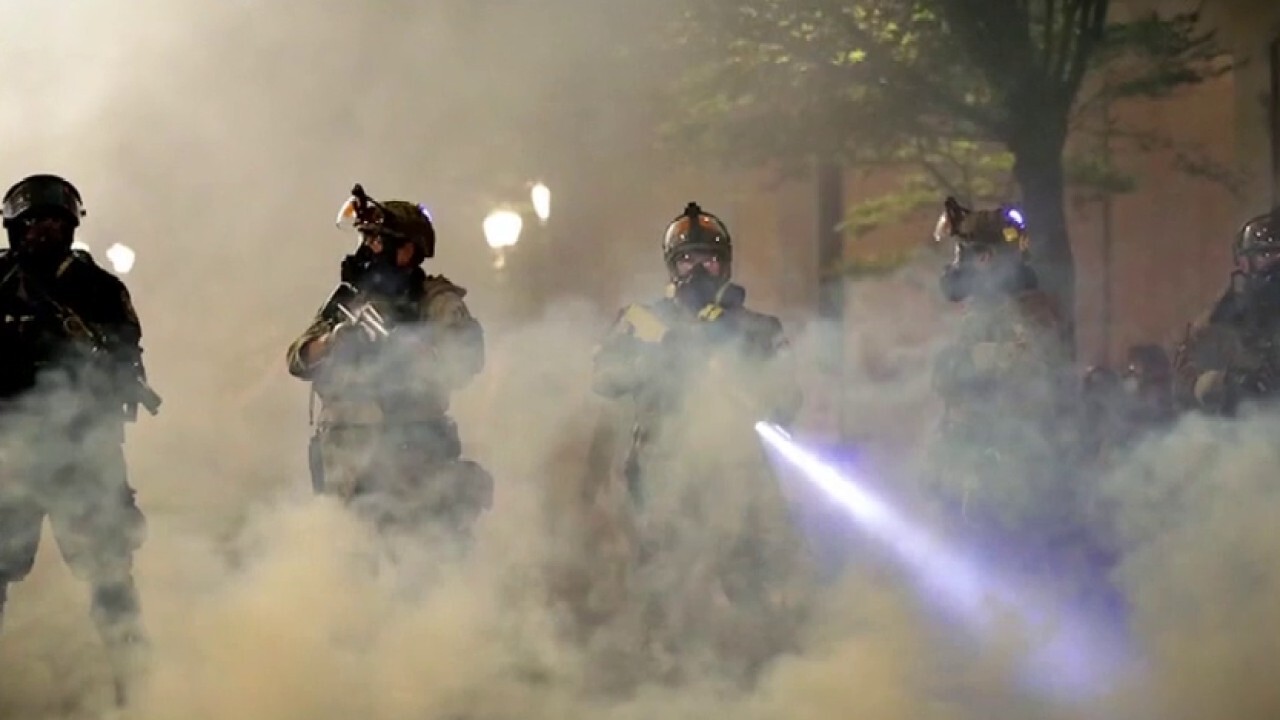 Andrew Duncomb, a Black conservative journalist, said he was stabbed during a recent protest in Portland after word leaked out that he was going to be there and he confronted a person he said was stalking him, a report said.

“I was stabbed for being a conservative journalist,” Duncomb, who goes by ‘Black Rebel’ on Twitter, told the Oregonian newspaper.

Portland has seen 62 consecutive nights of protests and demonstrations stemming from the May 25 death of George Floyd in Minneapolis police custody. Duncomb told the paper that he was there to document the scene on the ground and prove that it was not  “the feds creating the problems.”

He was there with some friends on Saturday at around 2 a.m. when he said he noticed that they were being followed. The paper posted a video that reportedly showed Duncomb approach the man from behind, put his arm on the person’s shoulder and say, “Hey, buddy, why are you following us?”

At that point the suspect appears to shank Duncomb in the back, missing his spinal cord by a few inches, the report said.

The paper, citing court records, reported that Blake David Hampe, 43, was arrested at the scene. Hampe allegedly told police that Duncomb tried to choke him, the report said. He faces charges of second-degree assault and is still in jail, the report said.

He later tweeted that there will be a court appearance on Friday and he is going to testify.

Acting Homeland Security Secretary Chad Wolf told “Bill Hemmer Reports” Wednesday that federal agents will not leave the city of Portland, Ore. until a federal courthouse that has been repeatedly attacked by rioters is “safe and secure.”

“We will continue to keep law enforcement officers in the area to make sure that that courthouse is secure at the end of the day,” Wolf said.