The FBI is offering a $25,000 reward for information leading to the arrests of those behind the murder of a 14-year-old and three others who were gunned down on the Fourth of July in Chicago.

Vernado Jones, Jr was one of eight people shot late that night by unknown individuals who opened fire on a gathering in the city’s Englewood neighborhood, the bureau said. He and three others were killed in the attack, while two boys – ages 11 and 15 – were among those wounded.

“He was going to be our great basketball star,” his aunt, Nancy Wardlaw-Williams, told the Chicago Sun-Times. “I told him, ‘I’m waiting on my NBA tickets.’” 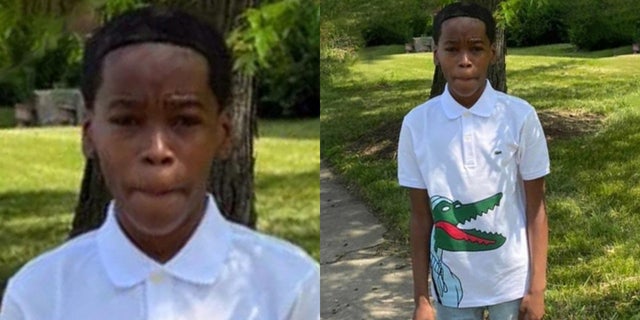 Vernado Jones Jr, 14, is one of numerous children to have died in Chicago recently as a result of gun violence. (FBI)

Family members described Jones as a skilled basketball player who was preparing to attend the Simeon Career Academy, where NBA star Derrick Rose once played.

As of Wednesday, no suspects have been identified in the teen’s shooting death.

Since late June, 14 children have been shot to death in Chicago – four of whom were under the age of 10, according to the Chicago Sun-Times.

In one of the latest shootings, a 10-month-old girl was left critically wounded on Monday after being struck in the shoulder while traveling in the back seat of a vehicle on a city expressway.