Kansas‘ child welfare agency is refusing to make public the records of a 3-year-old girl who was found dead at a trail near her home earlier in July.

DEATH OF KANSAS GIRL, 3, LEADS TO SECOND ARREST FOR MURDER

According to state law, Kansas Department for Children and Families’ (DCF) documents are public records in the event child abuse or neglect results in a child fatality or near fatality.

Police have arrested the father and his girlfriend and charged them with the murder of the little girl, Olivia Jansen, whose body was found on July 10. Jansen was found hours after an Amber Alert was issued for her. She was covered from head to toe in bruises and buried in a shallow ditch in a wooded area near the family’s home, according to investigators. She died of a brain bleed, police said.

Her father, Howard Jansen III, and his girlfriend, Jacqulyn Kirkpatrick, are facing charges of first-degree murder, aggravated endangering a child and criminal desecration of a body, according to an affidavit. 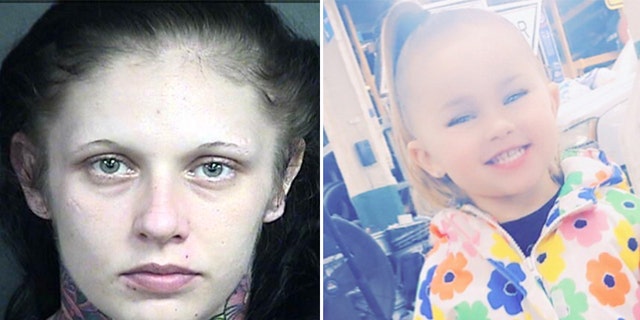 Still, DCF says they are still investigating if the girl’s death was attributable to neglect or abuse and are withholding the relevant documents, they told the Associated Press.

The child’s grandparents apparently raised concerns of alleged abuse to child protective services as recently as June 22 but said authorities did little to follow up on the situation, according to reports by KSHB.

“Much to my dismay DCF continues to handle protective services as a confidential undertaking and it shouldn’t be,” state Rep. John Carmichael, a Wichita Democrat said, the AP reported. “The safety of our children is something all Kansans are entitled to know details and, if there has been malfeasance on the DCF, people need to know that.”

Carmichael, who also serves on the House Judiciary Committee, said it appears the agency is “stonewalling once again” and lawmakers can try next year to impose more strict legislation. The legislature had passed the open records law after several high-profile deaths of children.

“It sounds like now we have a new bag of tricks and that even though law enforcement has brought charges the agency claims it has not completed its investigation,” Carmichael said.

“We thought we had solved the problem, but obviously we haven’t,” he said.