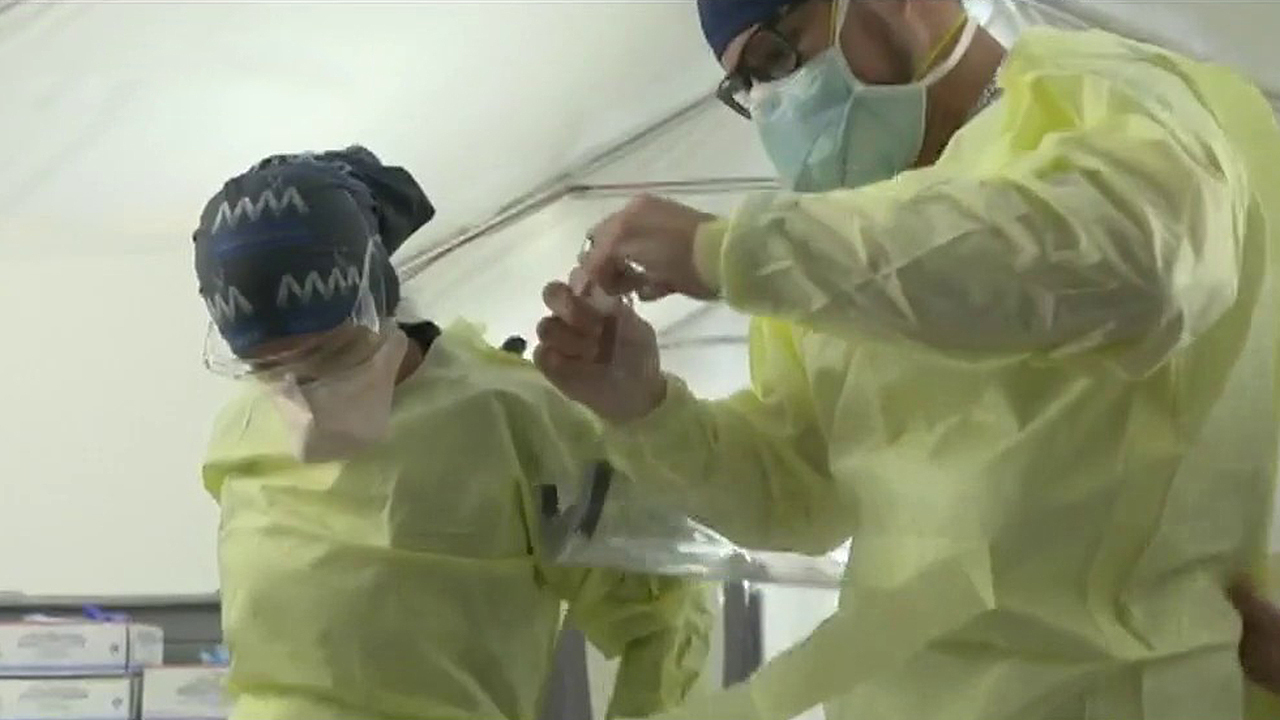 Florida has broken the single-day record of coronavirus-related deaths since the onset of the pandemic for the third consecutive day this week – even as hospitalizations for the disease have steadily declined.

The state on Tuesday recorded 186 new deaths from complications caused by COVID-19 in the last 24-hour period. Then, Wednesday marked an additional 216 deaths. Thursday, the record was broken a third time after 253 fatalities were recorded.

At least 6,586 people have died in Florida from the coronavirus, according to the state health department. As of Thursday, Florida recorded at least 461,379 confirmed cases – and 26,017 residents remain hospitalized with the disease.

The new deaths bring the average reported deaths per day to 154 for the past week, second only to Texas in the resurgence of the outbreak. Florida’s current rate of deaths is about one-fifth of those logged in New York at the height of its outbreak in mid-April.

Gov. Ron DeSantis, who has refused to issue a statewide mask mandate, spoke to reporters Thursday after watching the launch of the Mars rover in Merritt Island. He was asked about large crowds gathering to watch the liftoff, many of whom were not wearing masks.

“Our guidelines have been that physical distancing is important, close sustained contact is what is the best mechanism for transmitting the virus,” DeSantis said before lifting up his mask. “If you can’t maintain the physical distance, wearing the mask, this may be able to stop some of the droplets. It doesn’t stop them all.”

The number of confirmed COVID-19 cases in Florida reported each day remains high, at 9,956 average. But the number of patients treated for COVID-19 in Florida hospitals continued to decline Thursday, with 8,425 logged in the late morning — down about 300 from the previous day and more than 1,000 from peak levels last week.

In a press conference alongside Vice President Mike Pence on Tuesday, the governor took a positive tone and thanked the federal government for accelerating shipments of the drug remdesivir for patients.

“We’re encouraged by the most recent trends. Yesterday, hospital admissions in the state of Florida for COVID-like illness was the lowest it’s been since June,” DeSantis said at the press conference held at the University of Miami Miller School of Medicine. “Emergency department visits for COVID-like illness yesterday was as low as it’s been since the middle of June.”

He also said Florida’s case fatality rate is about 1.3 percent – one of the lowest in the country among large states.

Counties such as worst-hit Miami-Dade have implemented curfews to discourage social gatherings at bars. Neighboring Broward County, home to Fort Lauderdale, also has ordered a curfew to curb the spread of the virus. And in the Florida Keys, two residents were jailed for failing to quarantine after testing positive for the new coronavirus.

Broward County Sheriff Gregory Tony said in a virtual news conference on Wednesday that his office has issued more than 260 citations over the past two weeks over large gatherings and “roving car clubs” involving young people.

“Anytime we’re having large gatherings of 100, 150 plus people, it’s crystal clear that we’re not seeing a compliance with the CDC recommendations and therefore more people will contract this virus,” he said, according to KQ2. “We have no interest at this point in time to discontinue having this type of enforcement operation.”

Florida’s efforts to keep the outbreak under control have been complicated by Tropical Storm Isaias, projected to head north along the state’s east coast over the weekend. Emergency officials have announced that they will close state-run COVID-19 testing sites late Thursday and through the weekend as a precaution.

Even with hospitalization trends improving, schools in South Florida and the Florida Keys already have announced they would start their school year fully online in late August.