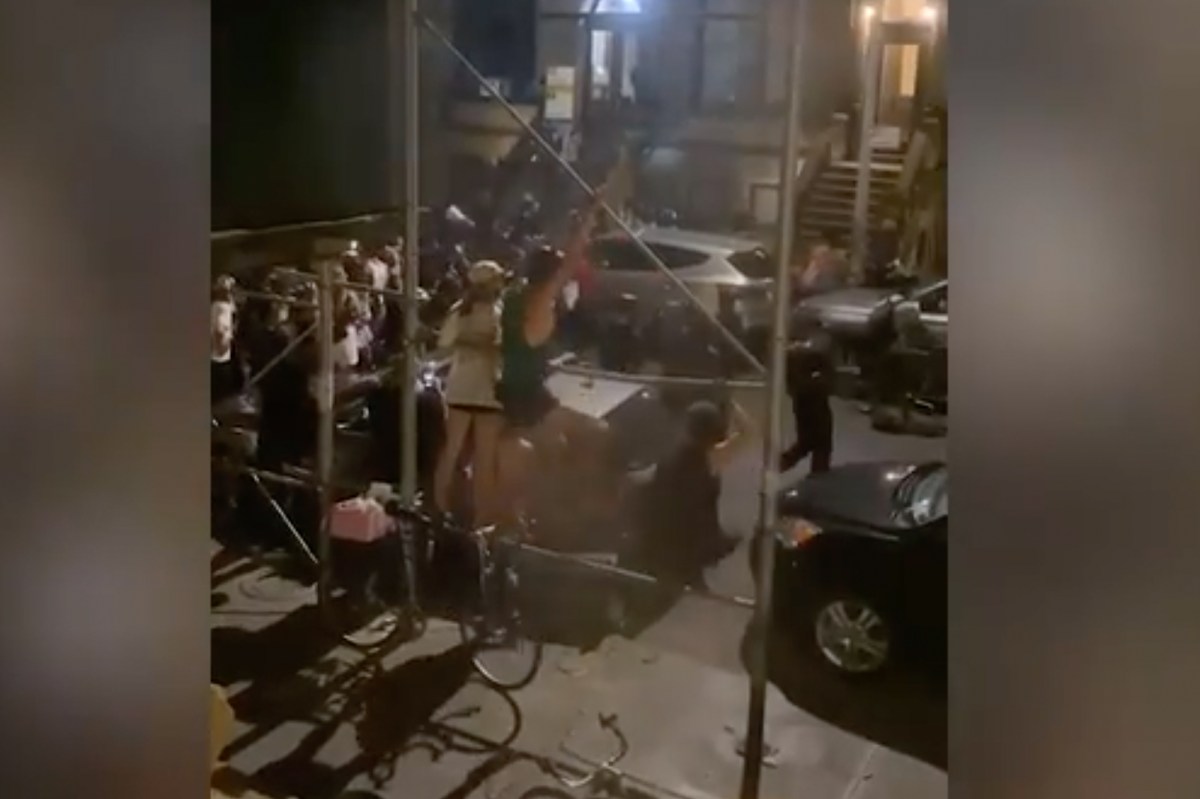 If the spike in shootings isn’t keeping NYPD commissioner Shea up at night, the protesters must be.

A group of demonstrators shined lights and blared sirens at the top cop’s W. 73rd Street home at 2:30 a.m. Wednesday, according to video posted to social media.

“This is a raid, Commissioner Shea,” the demonstrators yelled in one clip.

“If we don’t get no justice, then you don’t get no sleep,” they continued, citing the early morning clearing out of Occupy City Hall last week.

NYPD officers, in riot gear, emptied out the remaining 60 or so City Hall protesters around 3:40 a.m. on Friday. Seven people were taken into custody, with one facing a charge for throwing a brick at an officer.

A 28-year-old college student told The Post the ordeal lasted about 15 to 20 minutes — but at first, he thought people were trying to clear out the building because of a fire.

“They had a loudspeaker they said ‘wake up wake up,” said the student, who did not provide his name. “I thought there was a fire but they were just screaming for this building.”

The NYPD did not immediately return a request for comment.