Police have charged an Ohio man in connection with the death of a Kentucky teenager who vanished nearly 10 years ago, officials said.

Jacob Bumpass, 32, was indicted in Paige Johnson’s September 2010 disappearance and death, months after her remains were recovered in Clermont County, Ohio, according to an announcement by the Clermont County Sheriff’s Office.

“[F]ollowing this case for 10 grueling years, I am thankful that my Office was able to work in conjunction with the Covington Police Department to bring Bumpass to justice,” said Sheriff Robert S. Leahy in a Tuesday press release. “It is my sincere hope that this helps bring a sense of closure to the family of Paige Johnson.”

Johnson, of Florence, Ky., was 17 when she was last seen at a party with friends Sept. 23, 2010. Police questioned Bumpass at the time of her disappearance and considered him a suspect, but did not charge him, the Cincinnati Enquirer reported. 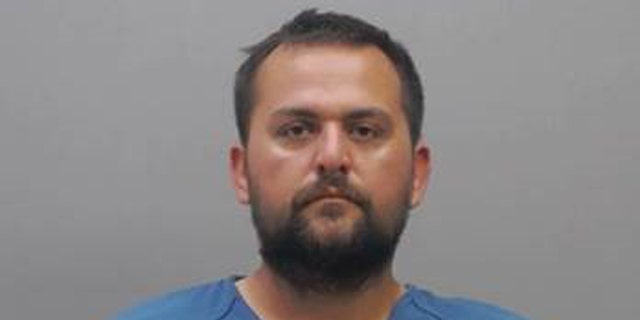 FOX 19 Now reported Bumpass was believed to have been the last person with Johnson before she died, having told police he gave her a ride before she disappeared, according to the report.

Bumpass was arrested shortly before noon Tuesday at a traffic stop, and is charged with abuse of a corpse and tampering with evidence, police announced.

He pleaded not guilty to the charges Wednesday, when the judge set a $50,000 bond for Bumpass. Bumpass’ attorney, Louis Sirkin, did not comment after the hearing.

Johnson’s remains were found in March near Williamsburg Township, Ohio, about 30 miles east of where she was last seen. Police reportedly received a 911 call from a woman who said her husband discovered what he believed to be a burned human skull while he was deer hunting.

Her body was found near a cellphone tower that Bumpass’ phone pinged the night she disappeared.

The cause of Johnson’s death has not yet been determined, according to FOX 19.

Fox News’ Travis Fedschun and the Associated Press contributed to this report.