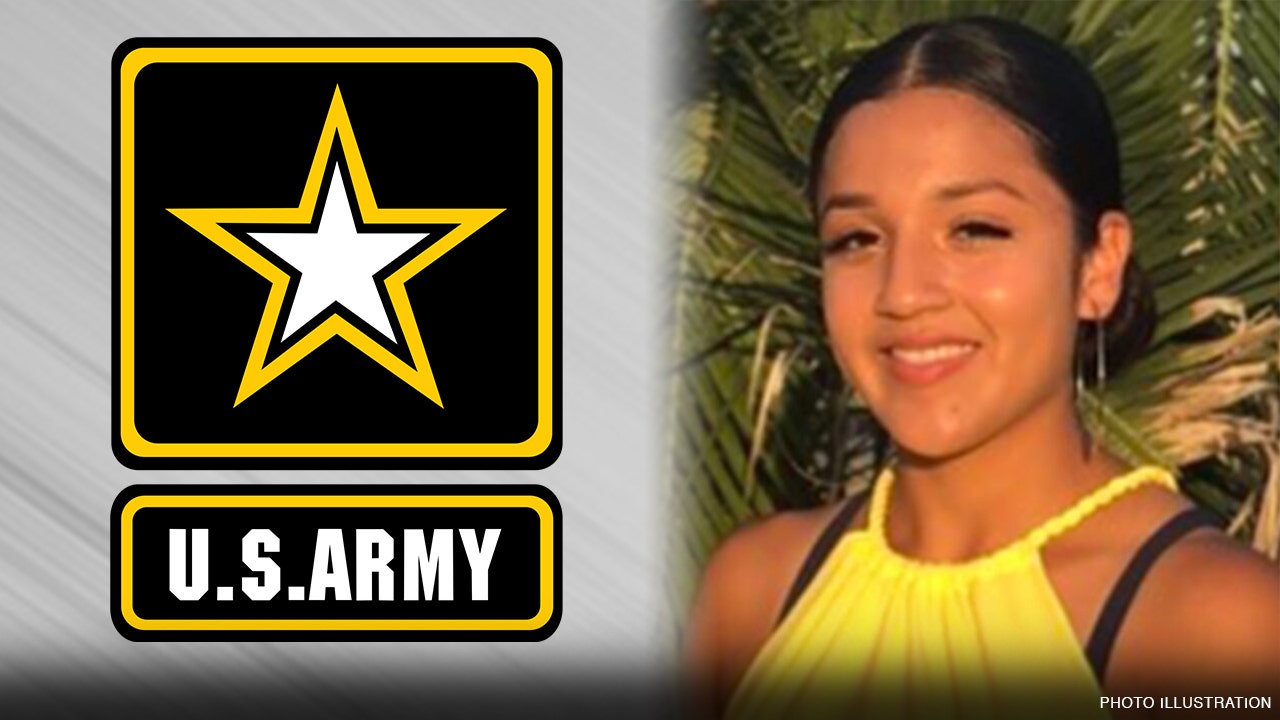 President Trump is expected to meet with slain Fort Hood soldier Vanessa Guillen’s family on Thursday before announcing his support for a new congressional bill aimed at changing how sexual abuse and harassment cases are handled by the military.

The attorney representing the family, Natalie Khawam, joined Guillen’s mother and sisters at a press conference Thursday morning on the National Mall. The #IamVanessaGuillen Bill would allow active-duty service members to report sexual harassment or assault to a third party outside their chain of command. The goal is to eliminate fears of retaliation that discourage soldiers from reporting abuse by superiors.

“My daughter is already history,” the soldier’s mother, Gloria Guillen, told a crowd in Spanish. “If the president of the nation wants to make history together with my daughter, he’ll make sure that the devil base is closed and all the damn corruption that exists in the Army is cleaned out.”

“I am a 16-year-old girl — a woman standing here speaking for my sister. I want Congress to pass #IamVanessaGuillen,” Vanessa Guillén’s younger sister, Lupe, said.

The Army on Thursday also named an independent panel of five experts to investigate the culture at Fort Hood around the time of Guillen’s disappearance. The review will be headed by Chris Swecker, an attorney and former assistant director of the FBI’s Criminal Investigative Division.

“The Army is committed to taking care of our soldiers, civilians, families, and soldiers for life, and this independent review will explore the current command climate and culture at Fort Hood,” Army Sec. Ryan McCarthy said in a statement, according to USA Today.

Guillen was reported missing from the U.S. Army base in Texas in April. She is believed to have been bludgeoned to death and dismembered by a fellow soldier on the base. Her remains were found in late June and the main suspect, Spc. Aaron Robinson, fatally shot himself as authorities closed in on him in the neighboring town of Killeen, officials said. Robinson’s girlfriend, 22-year-old Cecily Ann Aguilar, pleaded not guilty to conspiracy charges alleging she helped discard the body and hide evidence.

“We will not accept anything less than justice for Vanessa,” Khawam said in a statement. “When someone volunteers to serve our country, they deserve to be treated with dignity and respect by their fellow service members. This bill will help us provide the protection and respect to others that was denied to Vanessa.”

Khawam and Guillen’s family have claimed that Guillen was being sexually harassed by Robinson, describing one instance when he watched her shower at the base. But Army investigators disclosed earlier this month that Guillen never filed a formal complaint but may have been harassed in an unrelated matter that is under investigation.

The crowd gathered on the National Mall Thursday is expected to march from the U.S. Capitol to the White House, where the family and attorney will meet with the president around noon. Afterward, Trump is expected to hold a press conference to announce his support for the #IamVanessaGuillen Bill.

Khawam and her clients will hold another press conference at The Ellipse, a park south of the White House fence, to talk about the private meeting with the president and next steps.