A suspected boat thief was arrested in New York after he beached the vessel he was accused of stealing, police say.

The incident unfolded Wednesday after a resident on Long Island reported his 24-foot long commercial crabbing boat missing from his property in West Islip, according to Suffolk County Police.

The department said after the owner reported the stolen vessel on social media, he heard it was seen on the Great South Bay, driven by an “unknown subject.” 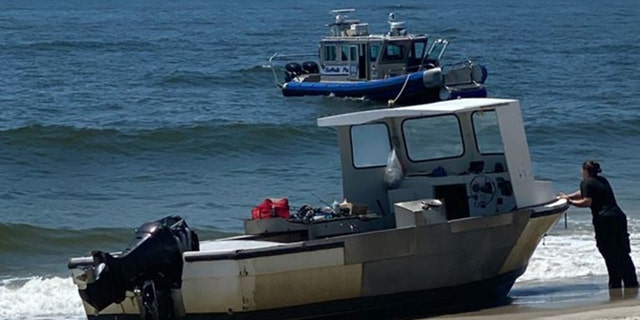 The stolen boat was found stuck on a nearby beach, police say. (Suffolk County Police Department)

Two Suffolk officers patrolling later were alerted by a lifeguard about “an occupied vessel that appeared to be disabled in the surf.” When police responded, they detained a man and woman inside what turned out to be the stolen boat, the department adds.

Following an investigation, William Deppisch, a 32-year-old from Lindenhurst, was charged with grand larceny fourth degree. The woman did not face charges.

The vessel was towed away from the beach and returned.

Deppisch, meanwhile, is expected to make a court appearance on Aug. 18.

Evangelist says 'revival' meetings targeted in Chicago: ‘You can riot … but worshipping God is dangerous’