A Tennessee state senator has been charged with stealing more than $600,000 dollars in federal grant money to pay for various expenses, including campaign events as well as her wedding, honeymoon and later divorce, according to reports.

Katrina Robinson, a Democrat, faces counts of theft and embezzlement, The New York Times reported. The money was intended to fund a nurse training program at a vocational school Robinson runs, but she instead allegedly siphoned from it to boost her salary. 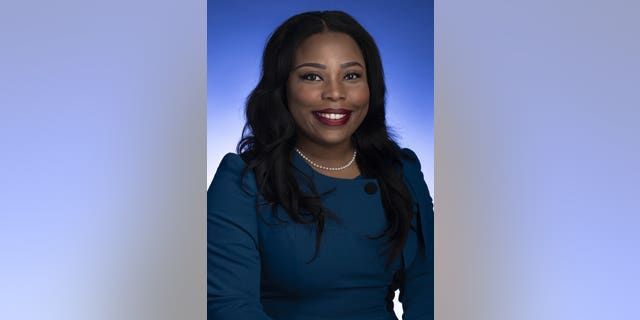 In a photo provided by the Tennessee State Senate, Tennessee state Sen. Katrina Robinson poses for a photo in Nashville, Tenn., date not known. Robinson has been charged with stealing more than $600,000 federal funds received by a health care company she directed and using the money to pay for her wedding and other personal expenses, federal prosecutors said July 29.  (Tennessee State Senate via AP)

“Protection of the U.S. Treasury and federal grant programs against theft, fraud, waste and abuse is a top priority of this office and the Department of Justice,” D. Michael Dunavant, the U.S. attorney for the Western District of Tennessee, said in a statement on Wednesday. “We commend the F.B.I. and the HHS-OIG for their diligent and thorough investigation in this case.”

The case is expected to occur before a grand jury, the prosecutor’s office told the Times. If convicted, Robinson faces a possible sentence of up to 20 years in federal prison.

NO SOUTHERN HOSPITALITY IN GOP SENATE CLASH IN TENNESSEE

Robinson started the Healthcare Institute in 2015 as a for-profit college that provides training for those who want to be a certified nursing assistant, phlebotomist or licensed practical nurse. According to a court affidavit, the Healthcare Institute was awarded $2.2 million in federal grant money from the Health Resources and Services Administration from 2015 to 2019.

An investigation into Robinson started in 2016 following an anonymous complaint to the Health and Human Services Department, alleging that she used $550 of grant money to buy a Louis Vuitton handbag. Investigators found evidence that suggested Robinson had given herself over $25,000 as a performance bonus and transferred $54,000 to a retirement fund.

Additional items listed in the complaint are the purchase of a 2016 Jeep Renegade, clothing, beauty products, home furnishings and supplies and equipment for her children’s snow cone business, Kool Kidz Konez.

Robinson’s attorney Janika White said that federal prosecutors were “overreaching” and that her client would be vindicated.

“She’s a fighter and she’s been out here doing what we all want people to do — step up and serve others,” White said. “That’s what she’s been doing, and right now all she can do is stand on her record and hope that people allow the facts to unfold and allow her story to be told at the appropriate time.”