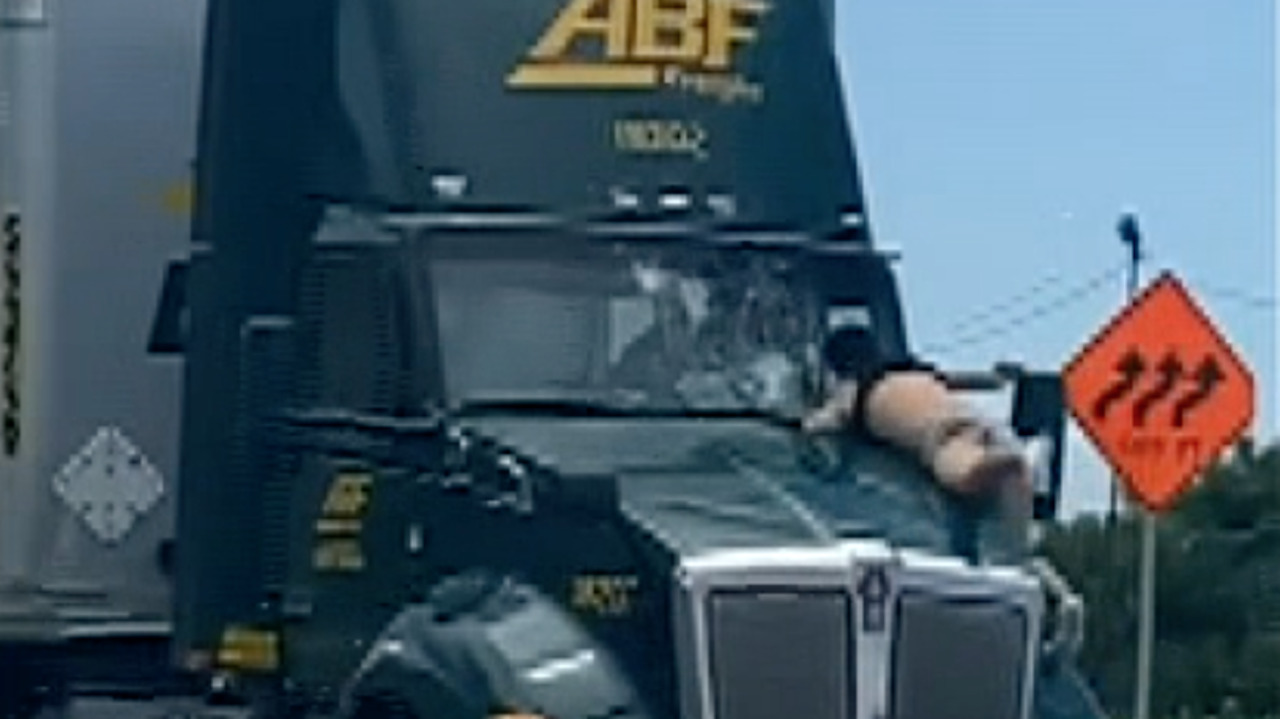 In dramatic video posted to social media, a bloodied man is seen clinging to the hood of a semi truck as it barrels down a Florida highway.

The bizarre incident started shortly after 1 p.m. Saturday, when the Florida Highway Patrol got a call about a disoriented white male abandoning his vehicle on an exit ramp near Boynton Beach, the Daily Mail reported.

The man then jumped the concrete divider between the turnpike’s southbound and northbound sides, causing traffic to slow.

Edward Hughes, a truck driver, told TMZ that he saw the man frantically waving for him to stop. Hughes did, concerned that the man was covered in blood, but he instead jumped onto the hood of the semi tractor-trailer and started bashing the windshield with a metal object.

In a panic, Hughes said he hit the gas, trying to shake the man off.  The man remained latched onto the hood for almost nine miles, the Daily Mail reported.

Police were able to pull the truck over and take the man into custody.  He was taken to Wellington Regional Hospital for evaluation, authorities said.

No reason has yet been given for the man’s strange behavior.  The Highway Patrol did not say if the man or the truck driver would be charged.