Local leaders in the Chicago area lobbied to scrap history class in the surrounding schools on Sunday until a less “racist” curriculum can be formed, that doesn’t promote “white privilege.”

During a news conference in the suburb of Evanston, State Rep. LaShawn K. Ford, a Democrat, argued for a complete overhaul of textbooks and lesson plans in an effort to be more inclusive toward minorities and women, NBC 5 in Chicago reported.

Prior to the event, his staff reportedly distributed a press release to those in attendance outlining his agenda.

“Concerned that current school history teaching leads to white privilege and a racist society, state Rep. La Shawn K. Ford, D-Chicago will join local leaders today at noon at the Robert Crown Center in Evanston to call on the state to stop its current history teaching practices until appropriate alternatives are developed,” the document began.

“When it comes to teaching history in Illinois, we need to end the miseducation of Illinoisans,” Ford said. “I’m calling on the Illinois State Board of Education and local school districts to take immediate action by removing current history books and curriculum practices that unfairly communicate our history.” 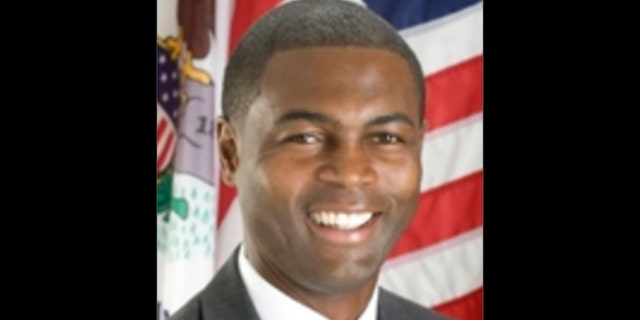 He added, “Until a suitable alternative is developed, we should instead devote greater attention toward civics and ensuring students understand our democratic processes and how they can be involved. I’m also alarmed that people continue to display symbols of hate, such as the recent display of the Confederate flag in Evanston.”

Attendees also discussed how Jewish and LGBTQ figures have been ignored and pushed for them to have a more prominent place in the classroom, according to NBC 5.

Evanston Mayor Steve Hagerty, also a Democrat, said he didn’t feel qualified to make a judgment about classes being halted but did say he supports House Bill 4954, which would establish various commemorative holidays and increase the time teachers spend on the civil rights movement of the 50s and 60s.

“As Mayor, I am not comfortable speaking on education, curriculum, and whether history lessons should be suspended. This is not my area,” he said. “Personally, I support House Bill 4954 because I am interested in learning more and believe the history of Black people should be taught to all children and include all groups, Women, LatinX, and Native Indians who helped to build America.”

In addition, it would “provide that the teaching of the history of the United States shall include the study of the American civil rights renaissance, that period of time from 1954 to 1965 called the Movement.”

If the bill became law it would also set “forth additional areas to be included in the Black History unit of instruction, including the study of the American civil rights renaissance and the study of pre-enslavement history.”

New Jersey gym owners wish officials ‘good luck’ shutting them down, vow 'we will be open'