Isaias has regained hurricane strength and is expected to make landfall on Monday night, according to the National Hurricane Center.

Forecasters said Isaias is currently headed for the Carolinas, according to The Associated Press.

The storm was centered about 60 miles south of Myrtle Beach, South Carolina, around 8 p.m. ET. The center of Isaias remained well offshore as it passed Georgia’s coast on Monday.

ISAIAS FORECAST TO BECOME HURRICANE AGAIN, TARGET CAROLINAS BEFORE SPREADING IMPACTS ALL THE WAY TO MAINE

Isaias (pronounced ees-ah-EE-ahs) killed two people in the Caribbean and roughed up the Bahamas, but remained at sea as it brushed past Florida over the weekend.

This provided some welcome relief to emergency managers who had to accommodate mask-wearing evacuees in storm shelters. 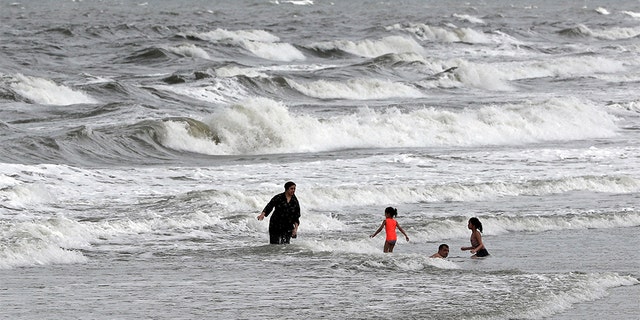 President Trump on Monday described the situation as “very serious.”

“Storm surge and inland flooding are possible and everyone needs to remain vigilant until it passes,” Trump said.